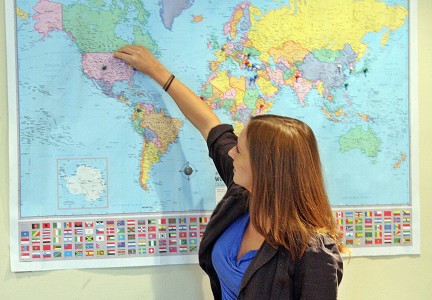 The Graduate Program offers rigorous training in the discipline of political science, equipping students to undertake original research in their area of interest. The program is overseen by the Graduate Faculty of Political Science, a diverse community of scholars drawn from the Political Science Department as well as the Pardee School of Global Studies, the School of Law, and the Department of Earth & Environment. Students may also take advantage of the broader resources in the Boston area. The Ph.D. program admits around six new students a year and includes about 40 students at various stages of their graduate studies. Questions about financial aid are addressed on the department’s financial aid webpage. A full list of graduate courses can be found in the GRS bulletin.

Political Theory surveys the historical and analytic approaches of the works of classical political philosophers; theories of justice, liberty, and authority; American political thought; and the philosophy of the social sciences.

Political Methodology explores the use of quantitative and qualitative methods used to study politics. It combines research design, statistics, mathematics, and formal theory.

For a list of recent PhD placements see our Placement page.

Professor David Mayers recently published an article in the journal Diplomacy and...