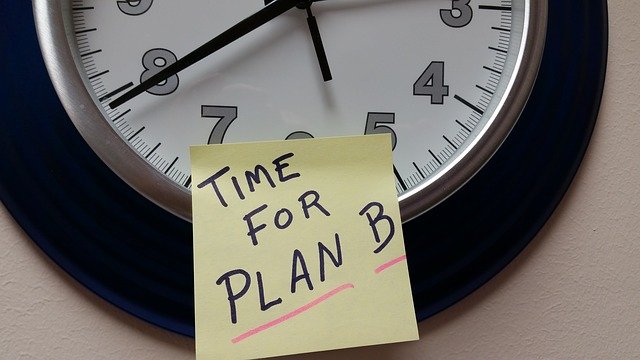 By A Fellow BU Parent

Throughout my life I’ve tried to live by a couple of different principles and pass them onto my son, a fellow BU student:

In other words, when life doesn’t go as you had hoped or planned:

What are YOU going to do about it?

What is your plan to modify your expectation?

What is your plan so that you can take control of your own experience and happiness?

A little background on myself, I am a single mom to a sophomore student. A bit about how I came to be a single mom—the years started adding up, I was getting older, and there was no mythical prince charming on my horizon. I love children and wanted to be a mom, yet finding the right partner was not as easy as I had thought or hoped. So, I shifted into, “What is my Plan B?”  I wasn’t going to allow the option of not being a mom take a foothold. So, I did artificial insemination and had my son on my own, because I was responsible for my experiences and my happiness.

These mantras repeated throughout my son’s upbringing, when things wouldn’t necessarily go his way, when things were hard, when he had a teacher he didn’t care for etc. My son would frequently hear from me:

What are you going to do about it?

What piece do you have control of?

What is your Plan B?

So when it became time for him to go away to college—we live in Arizona and he chose Boston to be his new home—he had grown up with it always being the two of us, he had a mother who is very social even though he wasn’t.  I had always created the situations for him to be part, our circle of friends that became family. Now he was moving across the country starting all over.  This was his choice, but I knew it was going to be difficult for him. He was not outgoing even though he really wanted to be. Before he went away to college, we had discussions about this:

How are you going to handle moving all the way across the country?

What is your plan for creating your school family and your new support network?

He and I both knew that he would need a plan as it was not going to come to him easily. He said he was hoping people would come and include him in things and he promised to say yes to an invitation to go to dinner or walk around the block or catch a movie even if he wasn’t in the mood.  I said to him, “What if no one comes and knocks on the door? What if you don’t know who your neighbor is next-door?”  I looked at him and paused, he knew what was coming next. What is your Plan B? I reminded him of what I had said so many times, “you are responsible for your experiences and your happiness.” College is what you make of it. You can either work outside of your comfort zone, make friends, and become the outgoing person that you had always wished you could be—or you could sit in your room and let time pass you by while everyone else is making friends.

So he started working on a Plan B—he would be the one to knock on the doors, even if it terrified him.  He committed to knocking 3 to 5 doors a day until he got to meet people. Not just one day, every day.  He decided he would pull his roommate with him and they would knock on doors together and then add another person and another person. He decided he would introduce himself, give his major and one funny thing about himself.

When he got to BU and implemented his plan, saying once he got going it really wasn’t as hard as he thought.  The next thing he knew he had phone numbers in his phone and people added to Snapchat or Instagram. He thought he would be afraid to ask people for their contact information but said it came much more easily than he thought. Don’t get me wrong, he said “not all experiences went well.”  As his Mom, I wanted to jump in at times when it was hard and “fix-it” for him. But it wasn’t my journey, it was his. My son fully embraced taking responsibility for his own college experience and happiness. He learned that he had to implement his own Plan B.

I know this year is different.  There are many more barriers with social distancing, masks and taking classes remotely. But starting new in college isn’t easy for anyone—they have to take responsibility for their own college experiences and their happiness in the midst of all of these barriers. These challenges aren’t insurmountable, barriers happen in life all the time.  Remind them the barriers aren’t there to stop them, challenge them to find within them a life skill that they will use throughout their life—what is their Plan B?