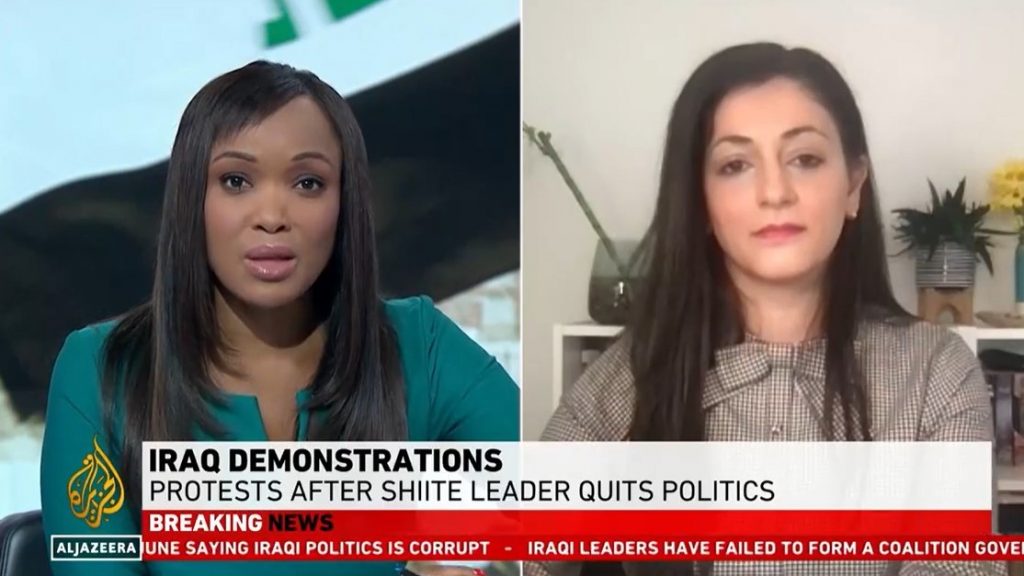 In her remarks, Mako comments that while Sadr’s departure is part of a playbook we’ve seen before over the past few decades, this current departure appears to be part of a zero-sum game that has effectively held the government hostage. An Iraqi government has failed to take shape over the past 10 months resulting in a mass mobilization from both Sadr’s supporters and others. Mako speculates whether there is an opportunity for outside mediators to step in to help these groups form some sort of government.

Mako’s full interview can be viewed on Al Jazeera‘s website.