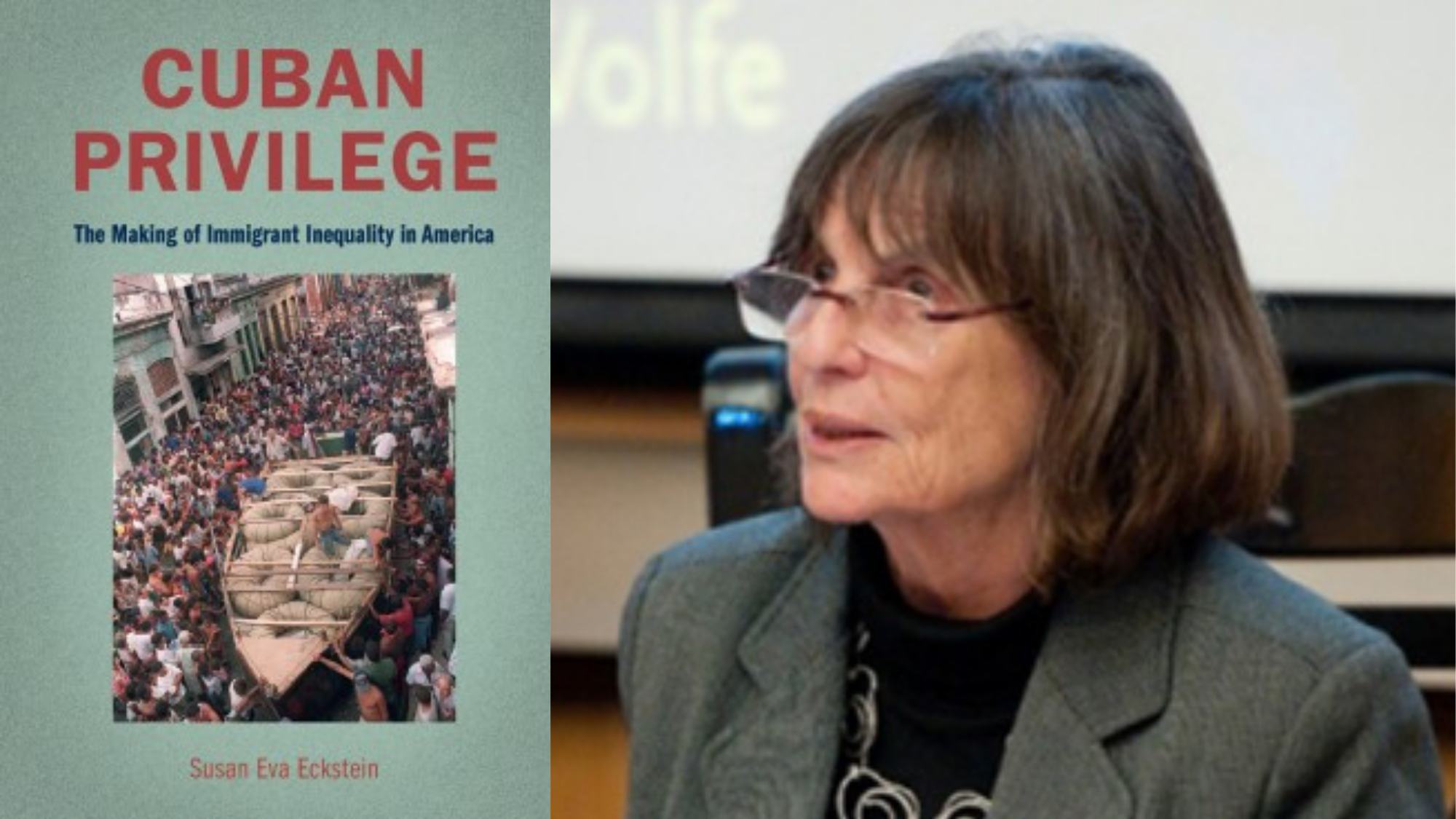 For over half a century the United States granted Cubans, one of the largest immigrant groups in the country, unique entitlements. While other unauthorized immigrants faced detention, deportation, and no legal rights, Cuban immigrants were able to enter the country without authorization and have access to welfare benefits and
citizenship status. Eckstein’s book, published by Cambridge University Press, is the first to reveal the full range of entitlements granted to Cubans.

Cuban Privilege draws on unseen archives, interviews, and survey data to highlight how Washington, in the process of privileging Cubans, transformed them from agents of U.S. Cold War foreign policy into a politically powerful force influencing national policy. Comparing the exclusionary treatment of neighboring Haitians, the book discloses the racial and political biases embedded within U.S. immigration policy.

For more information on the book and to purchase a copy, visit Cambridge University Press’ website.

Susan Eckstein, Professor of International Relations and Sociology at the Pardee School, focuses her research on Latin America and Latin American immigration. She has written extensively on Mexico, Cuba, and Bolivia, and, in recent years, on immigration and its impact across borders as well as on immigration policy. She has written and edited books on the urban poor, the impacts of revolutions, social movements, and social rights. On Cuba, her books have focused on the Castro-led revolution, Cuban immigrants, and how they have transformed Miami and influenced U.S. foreign policy, and U.S. Cuban immigration policy since the revolution. Learn more about Professor Eckstein on her faculty profile.