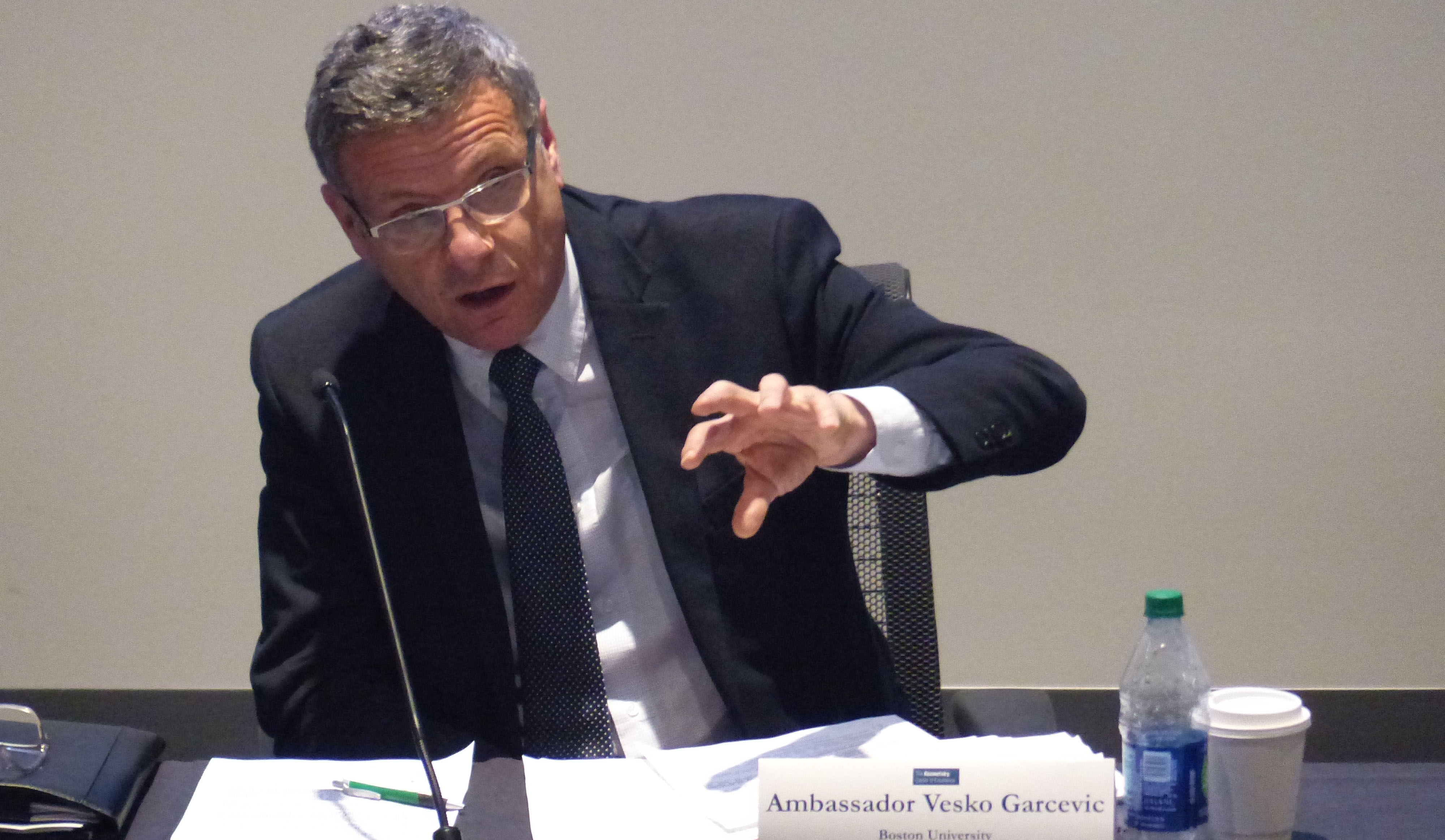 On June 27, 2022, Ambassador Vesko Garčević, Professor of the Practice of International Relations at the Frederick S. Pardee School of Global Studies at Boston University, delivered a lecture as part of the Eastern Mediterranean Security Studies at Emmanuel College, a summer academic program in Greece.

Garčević’s lecture, titled “The Balkans between the EU and Russia,” focused on the current state of play in the region, following the European Union Council’s decision to grant EU candidate status to Ukraine and Moldova as well as French President Macron’s idea to create a Political European Community for non-EU European states. Since the EU Council decision is the result of the geopolitical development in Eastern Europe rather than a merit-based decision, he posed the question of what it meant for the EU aspiring states from the Balkans.

In Garčević’s opinion, by missing an opportunity to grant the candidate status to Bosnia and Herzegovina, open accession talks with Albania and North Macedonia, or grant a visa-free regime for Kosovo, Brussels puts at risk the legitimacy of enlargement in this part of Europe. President Macron’s idea is vague and is not promising full inclusion in the EU.

This ambiguity keeps the door for Russia’s influence wide-open, with Serbia’s case as an example. Given the topic of the Eastern Mediterranean Security Studies program this year – Energy and cooperation in Eastern Mediterranean – participants also discussed how Moscow uses energy to advance its interests in countries from the region.

During his diplomatic career, Ambassador Vesko Garčević dealt with issues pertinent to European security and NATO for almost 14 years. In 2004, he was posted in Vienna to serve as Ambassador to Organization for Security and Cooperation in Europe. He had been Montenegro’s Ambassador to NATO from 2010 until 2014 and served as Montenegro’s National Coordinator for NATO from 2015 until he joined the faculty at the Pardee School. Learn more about Ambassador Garčević on his faculty profile.