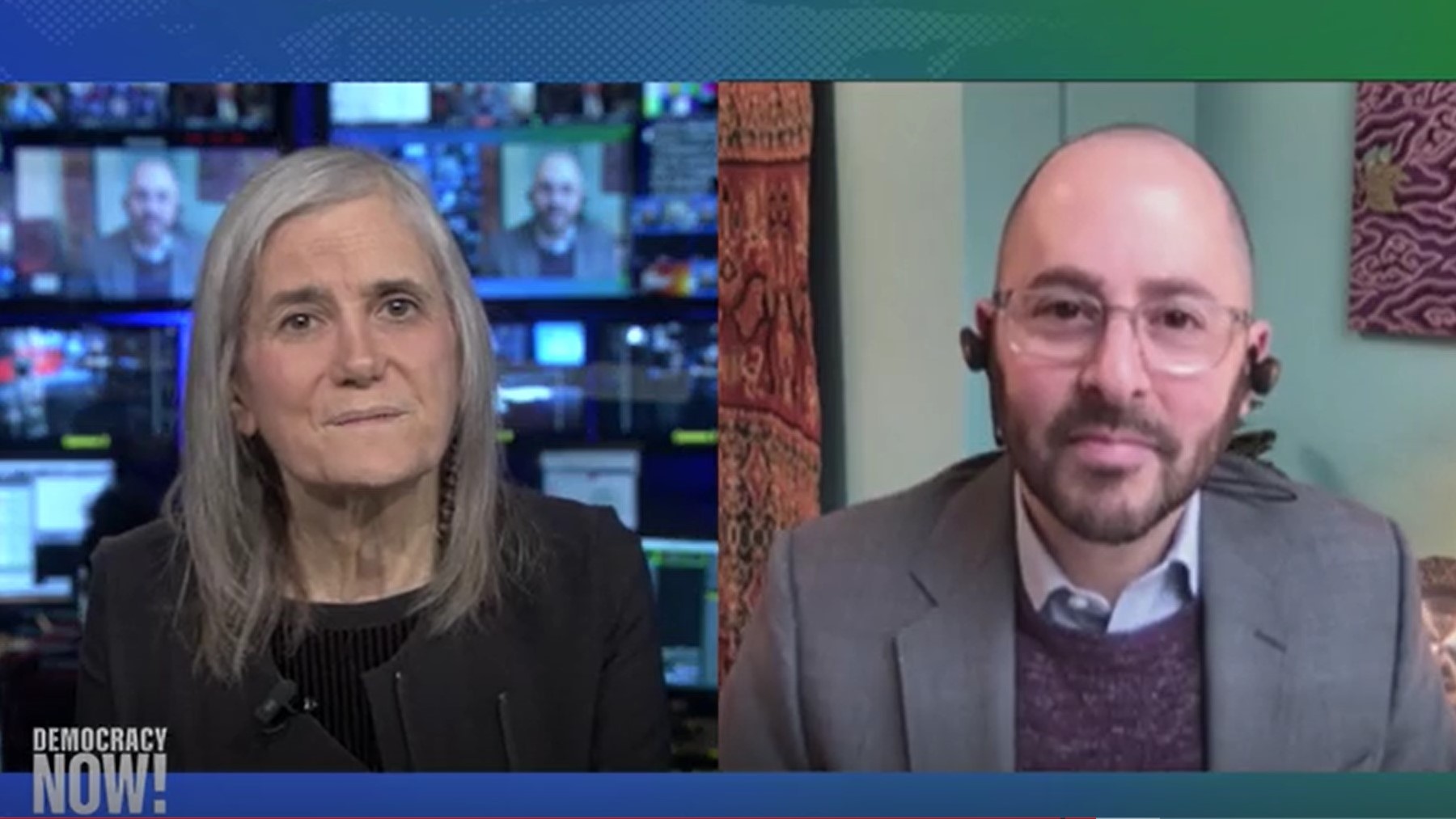 In an interview with Democracy Now, Jeremy Menchik, Associate Professor of International Relations at the Frederick S. Pardee School of Global Studies at Boston University, discusses his recent op-ed in Stat News in which he discusses his experience participating in the Moderna COVID-19 vaccine trials and why the company’s relentless profit chasing drove him to withdraw from further trials.

In his original article, titled “Confessions of a ‘human guinea pig’: Why I’m resigning from Moderna vaccine trials,” Menchik outlined his experience as a COVID-19 vaccine trial participant, stating, “the noble enterprise of science-making I had imagined I was a part of is actually, first and foremost, an exercise in ruthless corporate profit-making.” During his interview, Menchik argues that Moderna should use its profits – $15-18 billion in 2021 alone – to change the world. He goes on to say that if Moderna’s mRNA technology is made more accessible and licensed to other manufacturers, it would allow for a more equitable response to the pandemic and ensure that vaccines are made available in all countries and not just richer countries.

Menchik also takes time to respond to criticisms of his article, specifically a response piece published by former President of Pfizer Global R&D John LaMattina in Forbes. He argues that what appears to make these vaccine manufacturers nervous is that their “guinea pigs” have a voice and are demanding accountability; following his original essay, Menchik scaled up his efforts to hold Moderan accountable by launching a website –  mrna4all.org – where other trial participants can learn about the really problematic public health policies of Moderna and get involved in the effort to pressure vaccine manufacturers.

Menchik’s full interview can be viewed below.