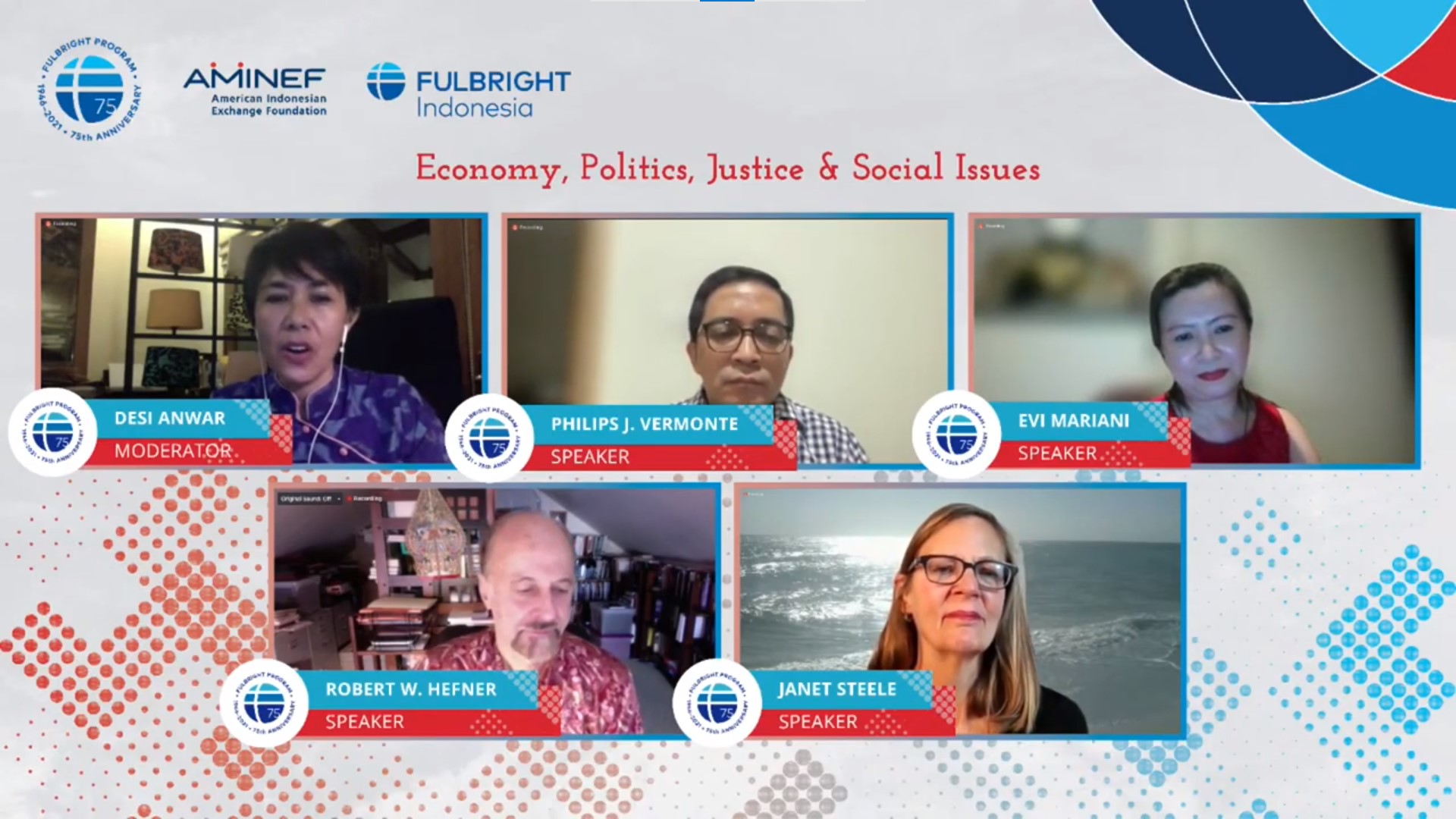 On November 18, 2021, Robert Hefner, Professor of Anthropology and of International Relations at the Frederick S. Pardee School of Global Studies at Boston University, joined fellow Fullbright scholars for the 75th Anniversary of the Fullbright Program, during which he discussed ways Fulbright facilitates educational and cultural exchanges between the United States and Indonesia.

Hefner was one of four American scholars invited to speak about their experience as Fulbrighters in Indonesia and how that experience contributed to international understandings of Indonesia. Hefner’s fellow panellists included Philips J Vermonte, Executive Director, Centre for Strategic and International Studies (CSIS); Evi Mariani Sofian, Editor In Chief, Project Multatuli; and Janet Steele, Professor of Media and Public Affairs and International Affairs, George Washington University.

Hefner spoke about how Islamic educators in the state Islamic University system – one of the largest in the world – have played such a pivotal role in communicating to the Indonesian Muslim public that democracy and multireligious citizenship are in fact compatible with Islam.

Robert Hefner has directed 19 research projects and organized 18 international conferences, and authored or edited nineteen books. He is the former president of the Association for Asian Studies. At CURA, he directed the program on Islam and civil society since 1991; coordinated interdisciplinary research and public policy programs on religion, pluralism, and world affairs; and is currently involved in two research projects: “The New Western Plurality and Civic Coexistence: Muslims, Catholics, and Secularists in North America and Western Europe”; and “Sharia Transitions: Islamic Law and Ethical Plurality in the Contemporary World.” Read more about Professor Hefner on his faculty profile.