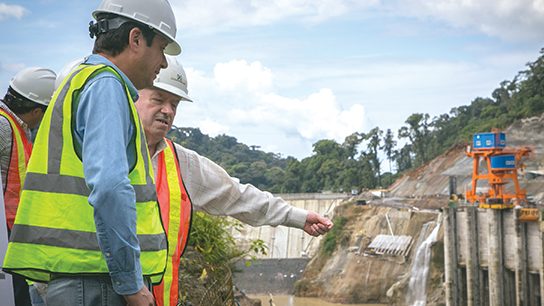 The first article, published in Nature’s Scientific Data and titled “Geolocated dataset of Chinese overseas development finance,” explains the data collection and verification process for the CODF dataset, enabling a better understanding of the economic, social, and environmental effects of China’s overseas development finance. The full article can be read on Nature‘s website.

In discussing the findings from the GDP Center’s database, Gallagher said the following:

While the World Bank’s development projects are not without their risks to biodiversity and Indigenous communities, the approach to environmental and social risk management taken by China as the world’s largest bilateral lender has global ramifications. By strengthening oversight for its international lending operations, China will set an example that other lenders around the world will not be able to ignore.

The findings were also the subject of an article in The Conversation.

Kevin Gallagher is a professor of global development policy at Boston University’s Frederick S. Pardee School of Global Studies, where he directs the Global Development Policy Center. He is the author or co-author of six books, including most recently, The China Triangle: Latin America’s China Boom and the Fate of the Washington Consensus. Read more about Professor Gallagher on his Pardee School faculty profile.