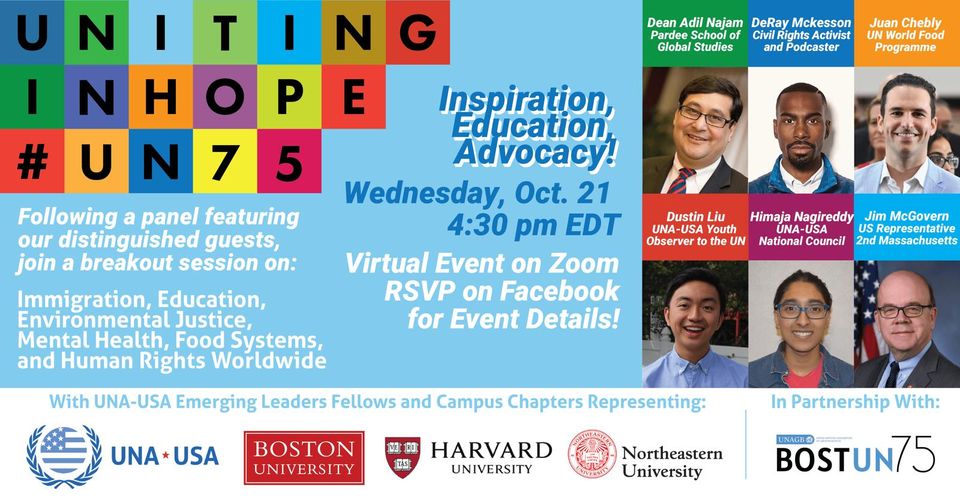 During his remarks, Najam discussed the issue of global climate change as a challenge that must be addresses immidiately. He argued the urgency of the issue and that it needs to be dealt with, especially by the young, not as something to be done for the future but through collective actions today. As he stated, “the urgency is not just for activism to make others change their ways but for action by each one of us ourselves.”

Najam also shared a recently published video message from former UN Secretary General Ban Ki-moon with the participating students from BU and around the world.

Adil Najam is a global public policy expert who also served as the Vice Chancellor of the Lahore University of Management Sciences, Lahore, Pakistan. He is the Inaugural Dean of the Frederick S. Pardee School of Global Studies at Boston University and was the former Vice Chancellor of the Lahore University of Management Sciences (LUMS). His research focuses on issues of global public policy, especially those related to global climate change, South Asia, Muslim countries, environment and development, and human development. He hosted the video interview series called #WorldAfterCorona for the Pardee Center for the Study of the Longer-Range Future. Read more about him here.