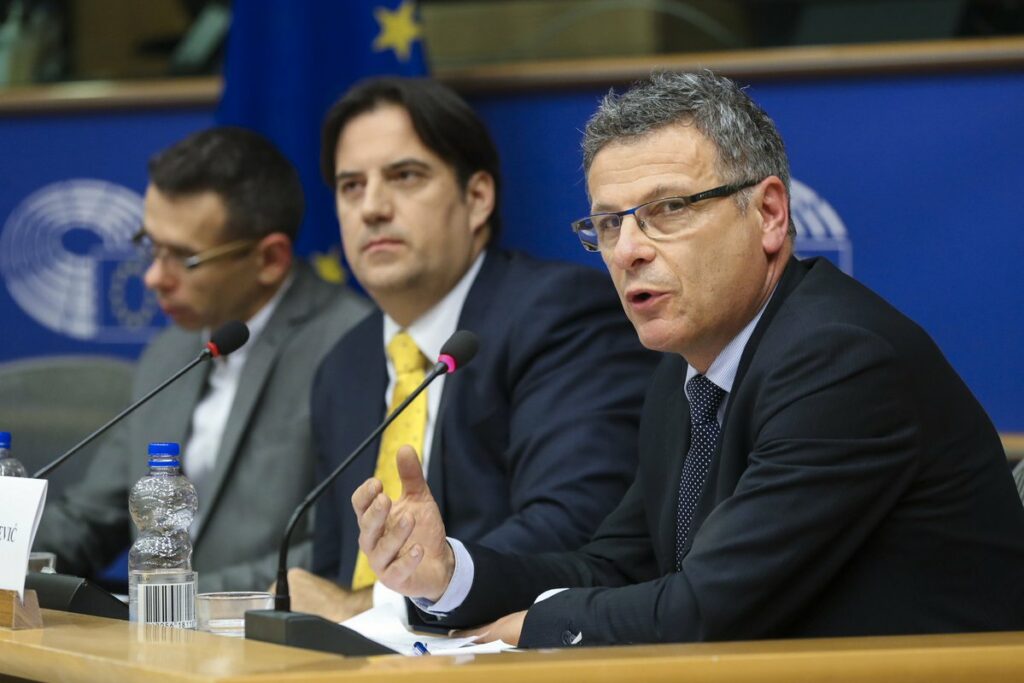 Ambassador Vesko Garčević, Professor of the Practice of International Relations at the Frederick S. Pardee School of Global Studies at Boston University, published an op-ed in Remarker exploring the question of how the U.S. addressed the issue of racism but from a slightly different angle. This piece is a follow-up of the op-ed he wrote two weeks ago, Strange Fruit – a story about racism in America.

Titled The Anti-Racist Protests in the U.S. – two sides of the Same Country, the op-ed explains that as we face one of the most challenging social and political crises in the recent past, American society has appeared to divide into two opposite sides. The first is dark – embodied in the racial discrimination and disenfranchisement of African Americans. Many rightly believe that the current national and global conversation about racism and how to address it is long overdue.

The other one is much more promising – confirming that the only good government is, in fact, a controlled government. If power is not checked it tends to become absolute. The American system has again proven resilient to authoritarian tendencies even if personified in the American President. President Trump’s calls for use of force against protesters, including use of military force were met with resolute opposition by most state governors and numerous leading U.S. military figures. It includes General John Allen, a former commander of NATO and U.S. troops in Afghanistan, who called on U.S. voters to respond by driving change “from the bottom up,” and General Mark Milley, the chairman of the Joint Chiefs of Staff, who apologized for accompanying President Trump to a photo opportunity at a Washington church.

The full op-ed can be read here.

During his diplomatic career, Ambassador Vesko Garčević dealt with issues pertinent to European security and NATO for almost 14 years. In 2004, he was posted in Vienna to serve as Ambassador to Organization for Security and Cooperation in Europe. He had been a Montenegro’s Ambassador to NATO from 2010 until 2014 and served as a Montenegro’s National Coordinator for NATO from 2015 until he joined the faculty at the Pardee School. Learn more about him here.