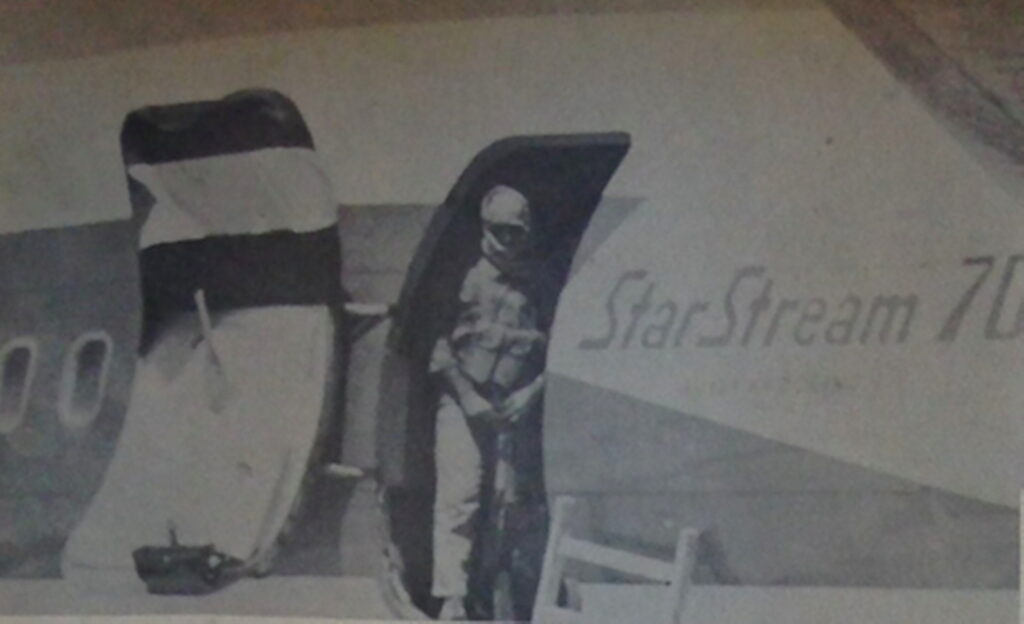 Alex Hobson, Lecturer at the Frederick S. Pardee School of Global Studies, recently published an article in The International History Review  on the largest mass hijacking in history, perpetrated in September 1970.

Hobson published the article on November 24, 2019 entitled “Creating a World Stage: Revolution Airport and the Illusion of Power,” to the volume.

In 1970, at the height of the hijacking era, with resentment at Israeli occupation smoldering across the Arab world, and with Palestinian commandos poised to topple the U.S.-allied Jordanian monarchy, the Popular Front for the Liberation of Palestine (PFLP) ramped up its campaign of “external operations.” While hijacking had become common, the PFLP acted on a novel conception: the establishment of a “Revolution Airport” for the performance of Palestinian power. The group claimed that this was a just and strategically valid tactic for anti-colonial armed struggle.

The article shows how the Popular Front used performance to educate friends and foes alike, and to press the parameters of legitimate anti-colonial liberationist action, magnifying the illusion of commando power, while exposing what its leaders saw as their enemies’ oppressive nature.

Alex Hobson (Ph.D., Northwestern, 2017) is a scholar of twentieth and twenty-first century U.S. and Middle East History. His dissertation, which won Northwestern University’s Harry Perkin Prize for Best Dissertation of the Year in 2018, offers a critical analysis of the role of vengeance in US-Middle East relations after the 1967 Middle East war. He is currently working on a book, Chains of Vengeance: The United States, the Middle East, and the Long War on Terrorism, 1967-2003, based on his dissertation research. At Boston University, he teaches courses on the History of International Relations.