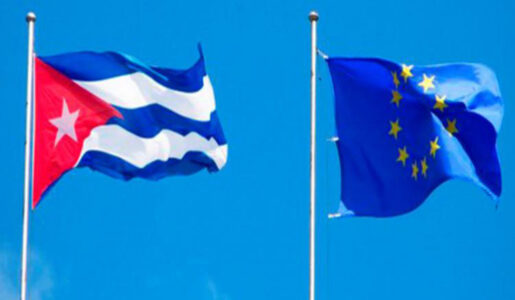 Hare was interviewed for a September 19, 2019 commentary, entitled “Where Are Europe’s Ties With Cuba Headed Next?” published in Latin America Advisor.

“With the exception of the last period of the Obama administration, the United States and the European Union have differed sharply on Cuba policy. The European Union has previously sanctioned Cuba over political prisoners. But, unlike Trump, it has never called for regime change as a condition for relations. Mogherini said that the European Union is now the leading investor and had tripled cooperation funding in Cuba since Trump took offi ce. Together with E.U. tourism, that suggests progress. But on Venezuela, the European Union and Cuba are on different sides. Most of the European Union —alongside Trump— supports Guaidó. That concerns Cuba. With John Bolton’s departure as national security advisor, Trump may soften his Venezuela demands so he can claim a win. But Trump’s political base would never allow an alignment with the European Union on Cuba. Cuba sees Russia and China as more important strategic allies than the European Union. These countries are vital to propping up Maduro. For the European Union, Cuba continues to be an issue on which the member states can distance themselves from the coercive American approach to the region and on issues such as the Iran nuclear deal and climate change. Now the European Union is resisting U.S. pressure for more sanctions on Venezuela and instead is calling for more talks brokered by Norway. The ‘troika of tyranny,’ which Bolton called Venezuela, Cuba and Nicaragua, has been the hallmark of Trump’s diplomacy. But little attempt has been made to provide cogent arguments to persuade Europe to follow the U.S. diplomatic lead, and Trump’s prospects of success look increasingly shaky.”