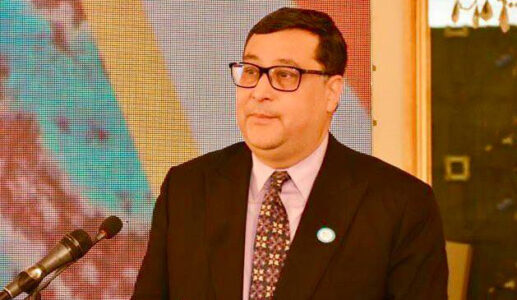 Adil Najam, Dean of the Frederick S. Pardee School of Global Studies at Boston University, spoke at the December 19, 2018 inauguration of the Institute of Advanced Studies at Pakistan’s Prime Minister house complex.

In his speech, Najam focused on the relevance of human development in Pakistan’s national priorities, the ability of the government to collaborate with existing institutions, and the need for an unrelenting commitment to human development.

Prime Minister Imran Khan also spoke at the inauguration, stressing several points from Najam’s talk including the the importance of Pakistan’s human development and the Pakistan National Human Development Report (NHDR) on Youth of which Najam was a co-lead author.

Adil Najam is the inaugural dean of the Pardee School and was a former Vice Chancellor of the Lahore University of Management Sciences in Lahore Pakistan. Learn more about him here.