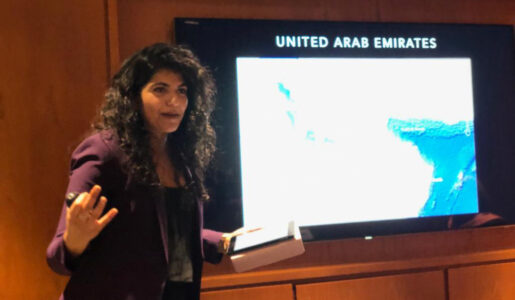 The lecture was entitled “Ta’al Bachir (Come Tomorrow): The Politics of Waiting for Citizenship,” and was followed by a discussion led by Professor Lisa Anderson. The talk was part of the “Views and Voices: The Contemporary Middle East and North Africa,” series.

Following the talk, five students were invited to attend a post-event dinner conversation with Lori.