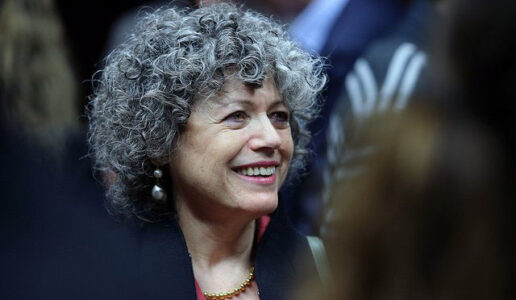 Vivien Schmidt, Professor of International Relations and Political Science at the Frederick S. Pardee School of Global Studies at Boston University, has been appointed as a Chevalier in the French Legion of Honor — France’s highest honor.

The award, something rarely bestowed upon non-French citizens, was created by Napoleon in 1802 and acknowledges serves rendered to France by persons of exceptional merit.

Schmidt will be honored at a decoration ceremony hosted in the fall of 2018 by the French Consul General in Boston, Valéry Freland.

Those who are appointed as a Chevalier in the French Legion of Honor must demonstrate flawless performance of one’s trade as well as doing more than ordinarily expected, such as being creative, zealous and contributing to the growth and well-being of others.

“This is a great honor not only from Prof. Schmidt, but for the Pardee School of Global Studies,” said Dean Adil Najam. “A world leader in her field, Vivien is also one of the rare breed of scholars who can bring scholarly rigor and policy relevance together in meaningful as well as accessible ways. This high award is a timely and deserved recognition of her scholarly excellence.”

Schmidt is Jean Monnet Professor of European Integration at Boston University. Her research focuses on European political economy, institutions, democracy, and political theory. She has published a dozen books, over 200 scholarly journal articles or chapters in books, and numerous policy briefs and comments, most recently on the Eurozone crisis.  Her current work focuses on democratic legitimacy in Europe, with a special focus on the challenges resulting from the Eurozone crisis, and on methodological theory, in particular on the importance of ideas and discourse in political analysis (discursive institutionalism).  She is a 2018 recipient of a Guggenheim Fellowship for a US-EU comparative study of the ‘rhetoric of discontent.’