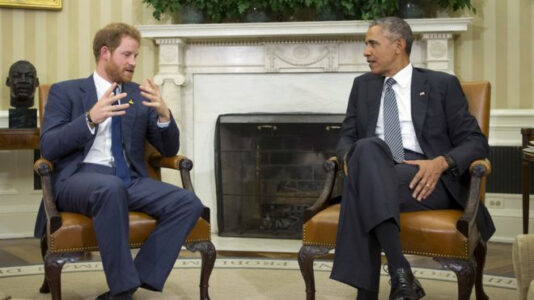 Erik Goldstein, Professor of International Relations and History at the Frederick S. Pardee School of Global Studies at Boston University, was recently interviewed for an article on the diplomatic consequences and domestic political implications of a possible invitation to President Barack Obama to attend Prince Harry’s wedding.

Goldstein was interviewed for a December 27, 2017 article in La Razon entitled “Obama, The Most Uncomfortable Guest.”

Diplomacy expert Erik Goldstein tells LA RAZÓN that “the wedding is being treated as a family event, not as a state event. Barack Obama no longer has any official position and it is known that he gets along well with Prince Harry and his charitable activities.” For this professor of International Relations and History at Boston University, the key is that “Queen Elizabeth and Prince Philip will pay for the wedding. Traditionally, the couple chooses their guest list. The United Kingdom does not have a written Constitution and relations between the Queen and the British ‘premier’ have always been governed by customary laws . “ Assuming that May advised the Queen that Obama should not be invited to the family wedding, “this would open a gap in the traditional dividing line,”explains Goldstein, for whom “May, throughout her career, has been very respectful of the monarchy. I would only take this step if there was a threat of a greater diplomatic rift with the United States. “

According to Goldstein, who is also a member of the British Royal Historical Society, “this would normally have been passed over,” although the key is that “these are not normal times for the United Kingdom, which may need American benevolence during the Brexit transition.” On the other hand, adds the expert, “if it were made public that Obama was not invited because of fear of Trump’s reaction, the already politically fragile Prime Minister would be portrayed as weak and dependent on the US, further undermining his position.”

“The question of whether or not Obama will be invited could become a matter of British domestic policy that can be taken as an indicator of the resilience of May’s government. How Trump reacts, nobody can predict it. But how May act will have political consequences,” concludes the professor at Boston University.