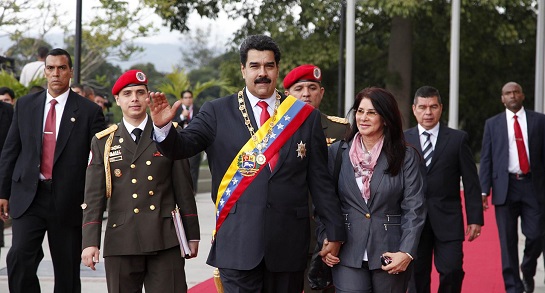 Hare was quoted in an August 9, 2017 article in Digital Journal entitled “Despite Venezuela’s Growing Isolation, Key Allies Hang On.”

Paul Hare, a former British ambassador in Cuba and professor at Boston University, said other regional allies also “find it difficult to break with the Chavez legacy which gave them” cut-rate crude as part of the Petrocaribe 17-nation club.

He adds that the Organization of American States, where all 34 member states have a vote, has been incapable of adopting measures to try and solve the crisis as Venezuela has rejected them as meddling.

Amb. Hare teaches classes at Boston University on Diplomatic Practice, Arms Control, Intercultural Communication and on Cuba in Transition. In Spring 2016 he will offer a new class on Public Diplomacy. His novel, “Moncada – A Cuban Story”, set in modern Cuba, was published in May 2010. His book “Making Diplomacy Work; Intelligent Innovation for the Modern World.’ was published in early 2015.