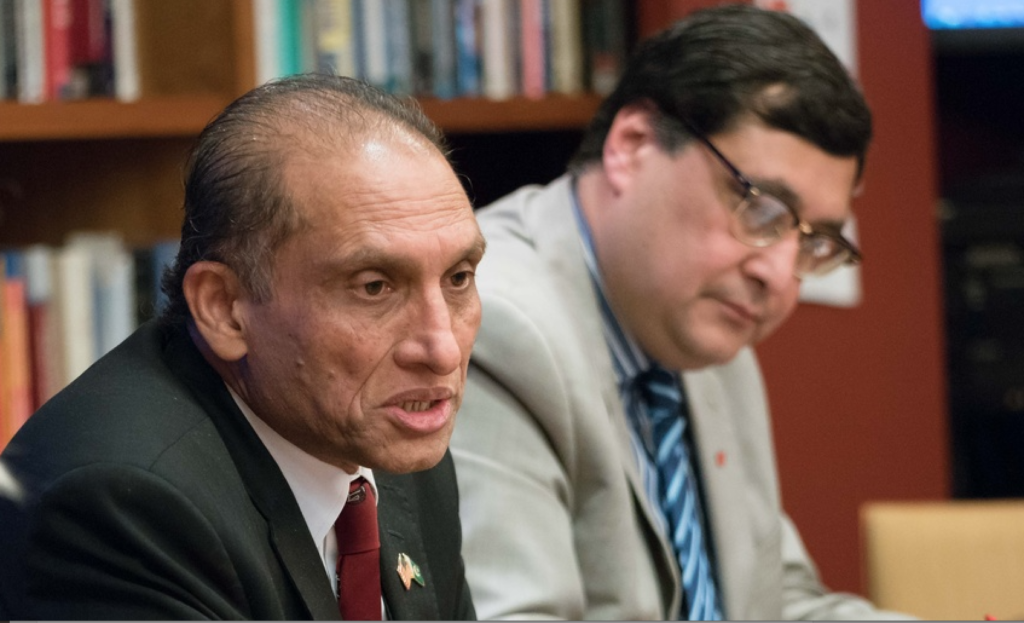 Pardee School Dean Adil Najam believes that US-Pakistan relations today “are about as bad as they have ever been; but no worse.” The new Pakistan Ambassador to US, Aizaz Chaudhry, has a rather more positive take on the issue. The two discussed this and other aspects of US-Pakistan diplomatic relations at a panel held at Harvard University’s Belfer Center on Thursday, April 27, 2017. The discussion was moderated by Cathryn Clüver, the Executive Director of the The Future of Diplomacy Project at the Harvard Kennedy School of Government.

While Ambassador Chaudhry focused on the positive economic and political trends in Pakistan, Adil Najam, who is the Inaugural Dean of the Frederick S. Pardee School of Global Studies at Boston University, presented a more dire prognosis in terms of US-Pakistan relations. Najam suggested that recent political changes in USA have only made things worse but for many years now US-Pakistan relations have suffered from a “failure of diplomacy” on the part of both nations. He pointed out, for example, that the first high-ranking official sent by the Trump administration to Pakistan was the secretary of defense and the in the first high-level contact between the two countries in Washington, D.C., the USA was again represented by a general, the head of the National Security Council. This, he argued, further encourages the military in Pakistan that the U.S. continues to retain a securitized posture to diplomacy with Pakistan.

In addition to the live discussion, followed by audience Q&A, the Pakistan Ambassador and the Pardee School Dean also recorded a podcast on the same topic as part of the “Conversations in Diplomacy” series (above). The podcast, which can be heard here, covers much of the same ground that was covered in the panel discussion.

Adil Najam is the Inaugural Dean of the Boston University Pardee School and his research focusses on sustainable development policy and the politics of South Asia. More here.