Najam Publishes Paper on “Pakistan at 70” 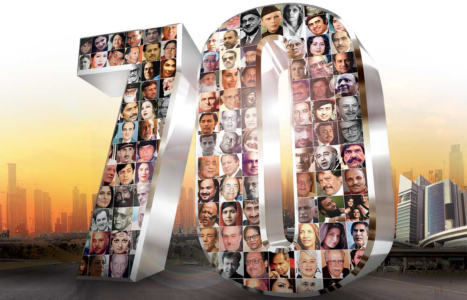 The year 2017 will mark the 70th anniversary of Pakistan’s birth. To commemorate the occasion, this annual edition of the Pakistan version of “The World in 2017” (Kaisa Higa 2017, in Urdu) published by the Jang Publications Group in collaboration with The Economist, made “Pakistan at 70” the theme of this year’s annual review. Prof. Adil Najam, Dean of the Frederick S. Pardee School of Global Studies at Boston University, was invited to write the lead essay in a collection of essays by leading experts and policymakers on this topic.

Najam writes that Pakistan’s journey has been a tumultuous one (an English version of the paper was later published):

It has been a tumultuous journey. Exciting. Adventurous. Unpredictable. Sometimes uplifting. Often heartbreaking. And, often, rash and dangerous. But, never has there been a single dull moment.

Taking a broad view of the seven decades, Adil Najam asks what has been Pakistan’s greatest achievement and its greatest disappointment and what is its greatest opportunity. He suggests that the country’s biggest achievement remains the fact that it was created against all odds, and has survived despite all predictions. Sometimes even thrived.

He goes on to argue that Pakistan’s greatest disappointment has been that it has never been able to live up to its own potential and its own aspirations. He writes:

For much of our 70 years, Pakistan’s political narratives has been told in stories of fear. There is constant refrain to ‘the enemy’ and the need to ‘defy its ugly intentions.’ The only thing that excites the masses more than talk of “Pakistan key dushman” are discussions on “Islam key dushman.” While some enemies are well-known and ever-present, there is also enough ambiguity in this politics of fear to be able to create new ones, including unnamed ones…

…This politics of fear has given us a deeply divided society, ethnic unease, sectarian discomfort, a securitized state, at least three decades of direct military rule, and a deep distrust of all institutions – including that of the military itself, but especially of politics and politicians. Trust cannot be cultivated under the assumption that no one can be trusted. If our democracy has seemed flawed, it is mostly because our trust in democracy has been so flimsy…

…In good times, we find a way to manage [our] demons, in bad times they overwhelm and overpower our best intentions.

Najam concludes by saying that he remains “staunchly optimistic.” he goes on to say, “I believe our greatest opportunity is the youth of Pakistan. The next 70 years of Pakistan will mostly be defined by the nearly 55 million young Pakistanis who, today, are between 15 and 29 years of age.”

Adil Najam is the inaugural dean of the Pardee School of Global Studies at Boston University. Earlier he served as the Vice Chancellor of the Lahore University of Management Sciences in Lahore, Pakistan. More on him here.