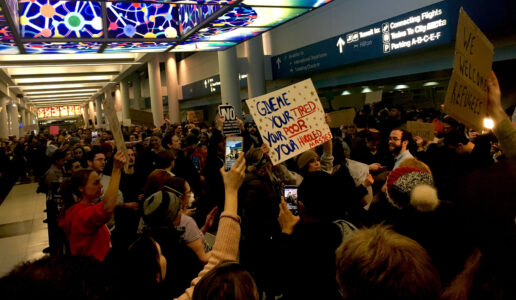 Stern’s Op-Ed, entitled “Trump’s Executive Order Will Make Us Less Safe,” was published in The Boston Globe on January 30, 2017.

Will the executive order, “Protecting the Nation from Foreign Terrorist Entry Into the United States” make us safer?

On the contrary, it’s likely to make us less safe. On social media sites, jihadis are already celebrating Trump’s executive order as a “blessed ban,” comparable to President Bush’s invasion of Iraq. That war, launched in response to the 9/11 strikes, increased terrorism in the region dramatically, and jihadis still celebrate it.

Why would President Trump play into jihadis’ hands in this way? He is exploiting Americans’ fear. No nonstate enemy — ISIS or any other — poses an existential threat to the continued viability of our country. And yet, according to the sixth, and latest, annual American Values Survey, Americans are increasingly concerned about the country’s future, anxious about terrorism, and nostalgic for an imagined, more secure past.