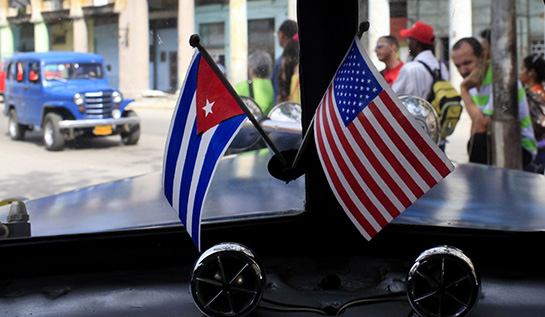 Renata Keller, Assistant Professor of International Relations at the Frederick S. Pardee School of Global Studies at Boston University, penned an op-ed arguing that U. S. mismanagement of relations with Cuba goes back much further than the Cold War.

Keller made her argument in an April 20 piece in the Georgetown Journal of International Affairs entitled “Ending the Quest for Control: The Weight of History on U. S. – Cuban Relations.”

“Last December, U.S. President Barack Obama and Cuban President Raúl Castro simultaneously announced that their two states would reestablish diplomatic relations, potentially signaling the dawn of a new era in U.S.-Cuba relations. For the first time in more than five decades, a U.S. president publicly admitted that his country’s policy toward Cuba had failed and that it was time for a change.

“Although Obama was referring to the Cold War-era policies of isolation and aggression, the truth is that the failure of U.S. policy toward Cuba goes even further back than that. If Obama truly wants this to be the beginning of a new era, he and other U.S. leaders must work to pursue a relationship with Cuba that departs not only from the last half-century’s policies of confrontation and isolation, but also from the earlier half-century’s policies of intervention and exploitation.”

You can read the rest of the op-ed here.

Keller’s research and teaching interests focus on Latin American history, particularly the connections between foreign and domestic politics, the dynamics of the Cold War, and U.S. relations with Latin America. Learn more about her here.