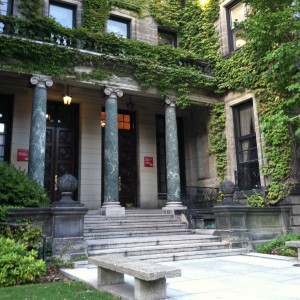 Dr. Vaira Vike-Freiberga, former President of Latvia (1999-2007), on Monday, the 6th of October, at 4:00 pm, at the BU Trustees Center and co-hosted by the BU Center for the Study of Europe. President Vike-Freiberga will speak about and answer questions on the future of Europe and the EU.

President of Latvia from 1999-2007, Dr. Vike-Freiberga was instrumental in achieving Latvia’s membership in the European Union and NATO. Later, she was Special Envoy and since 2007, she has been active in various international organizations related to international affairs, social issues, moral values, and democracy. She was Vice-Chair of the Reflection group on the long term future of Europe,  chaired the High-level group on freedom and pluralism of media in the EU, and is President of the World Leadership Alliance Club of Madrid. She also serves as a member of the Boston Global Forum’s Board of Thinkers.

Having left Latvia as a child refugee to Germany in 1945, then French Morocco and Canada, she earned a Ph.D. in psychology (1965) at McGill University. After a distinguished career as Professor at the University of Montreal, she returned to her native country in 1998 to head the Latvian Institute. A year later she was elected president by the Latvian Parliament and re-elected in 2003.

President Vaira Vike-Freiberga’s lecture on “What does the future hold for Europe and the EU?” will be followed by a discussion to be moderated by Prof. Vivien Schmidt of the BU Pardee School of Global Studies, Jean Monnet Professor of European Integration, and  the Director of the Center for the Study of Europe. A reception will follow featuring a musical performance by Latvian violinist Aija Reke.

The public is cordially invited, however, seating is limited and RSVP is required. To register for this event, please email EventsPS@bu.edu.