The Crises of the Nation State 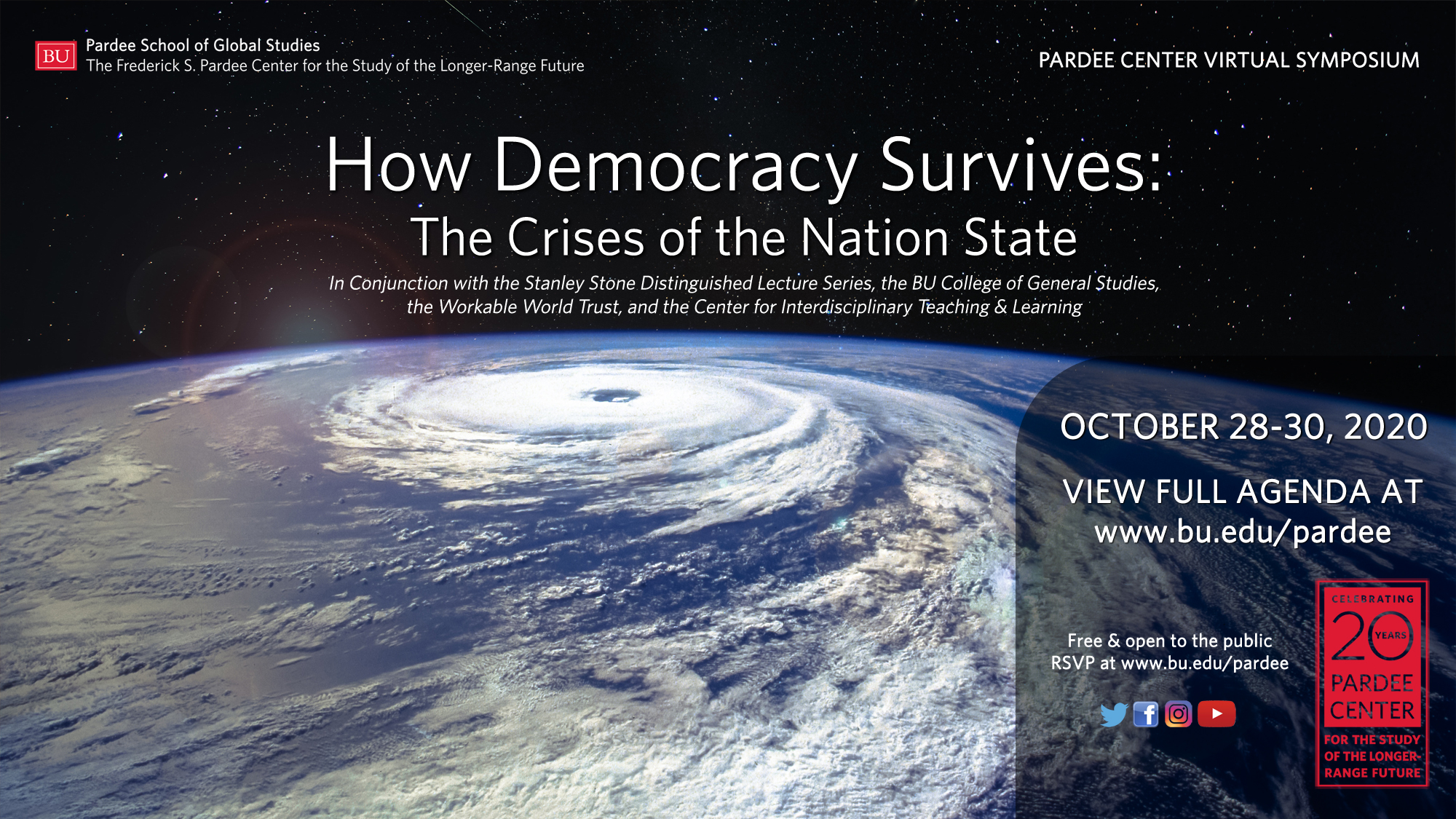 In Conjunction with the Stanley Stone Distinguished Lecture Series, the BU College of General Studies,
the Workable World Trust, and the Center for Interdisciplinary Teaching & Learning

The Frederick S. Pardee Center for the Study of the Longer-Range Future at Boston University’s Pardee School of Global Studies is pleased to host the upcoming symposium, “How Democracy Survives: The Crises of the Nation State.”

In this three-day online symposium, leading scholars and activists from around the world will explore how democratic values and institutions can evolve and adapt to the growing challenges that are now destabilizing democratic nation states, such as climate change, resurgent nationalism, ethnic and religious conflict, human rights abuses, and deepening levels of economic inequality.

Among the questions we will consider:

The symposium will take place from October 28th-30th, 2020, and is free and open to the public. Please register below.

The Other American Dream: Human Rights and the One World Order
Michael Holm, Boston University

A UN Parliamentary Assembly as a Starting Point for a World Parliament
Andreas Bummel, Democracy Without Borders

Richard Samuel Deese is a Senior Lecturer for the Division of Social Sciences at Boston University. He is the author of We Are Amphibians: Julian and Aldous Huxley on the Future of Our Species (2015), Surf Music (2017), and Climate Change and the Future of Democracy (2019). His research interests include the history of science, global environmentalism, and transnational democratic movements since the end of World War Two.