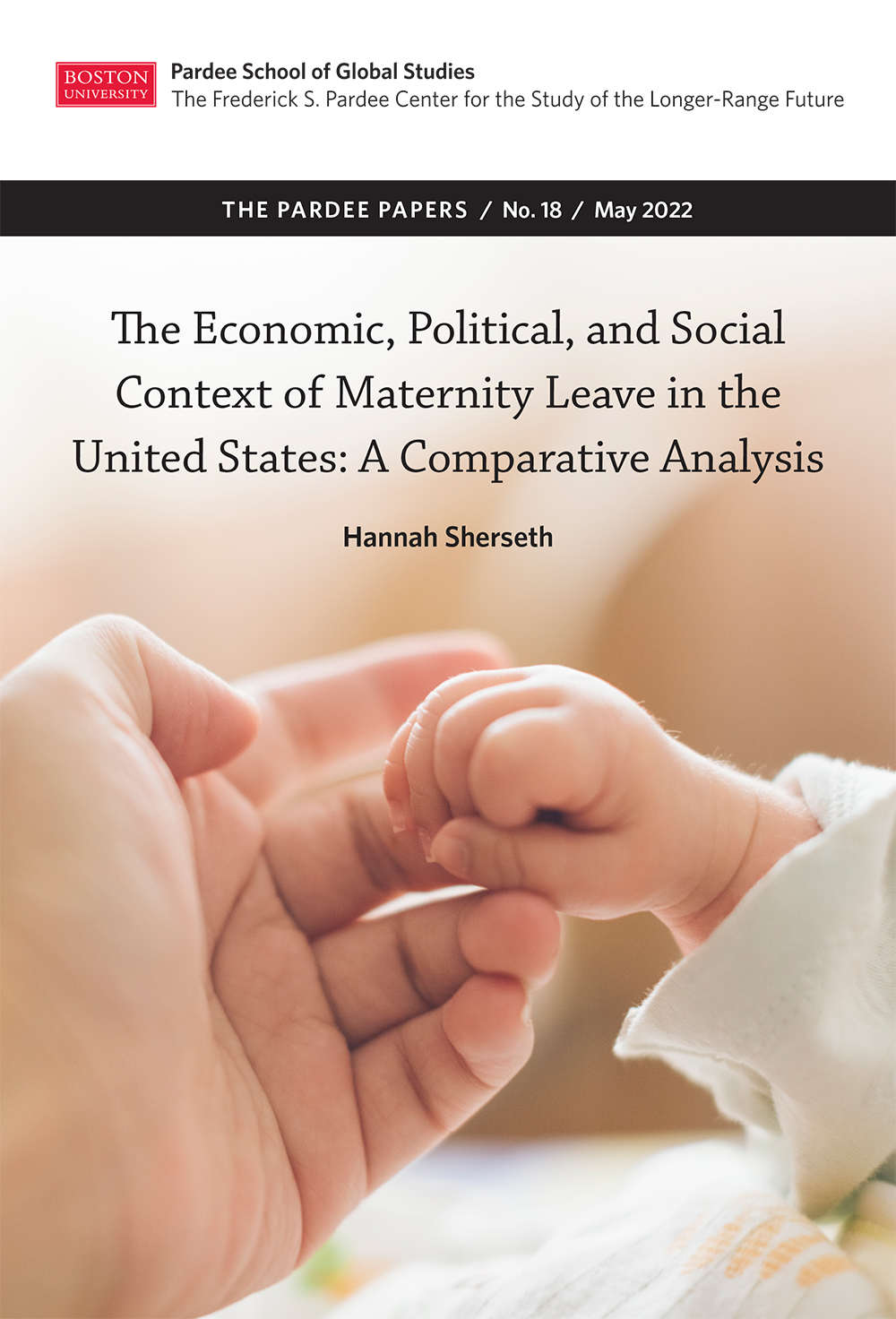 As American female labor force participation and educational attainment has grown over the past seven decades, laws supporting women with children have not kept pace with changes in workforce demographics, particularly in the form of paid maternity leave. Relative to its economic counterparts, the United States has shown a significant delay in addressing the increasing numbers of women in the workforce and adapting paid leave laws accordingly.

Hannah Sherseth is a recent graduate of the Masters of Economics program at Boston University. Hannah earned her BA in Economics and Math from Emory University and spent six years in the consulting industry. She will be pursuing a PhD in Fall 2022, focusing on political economy and economic policy. She was a 2020 Graduate Summer Fellow at the Frederick S. Pardee Center for the Study of the Longer-Range Future.