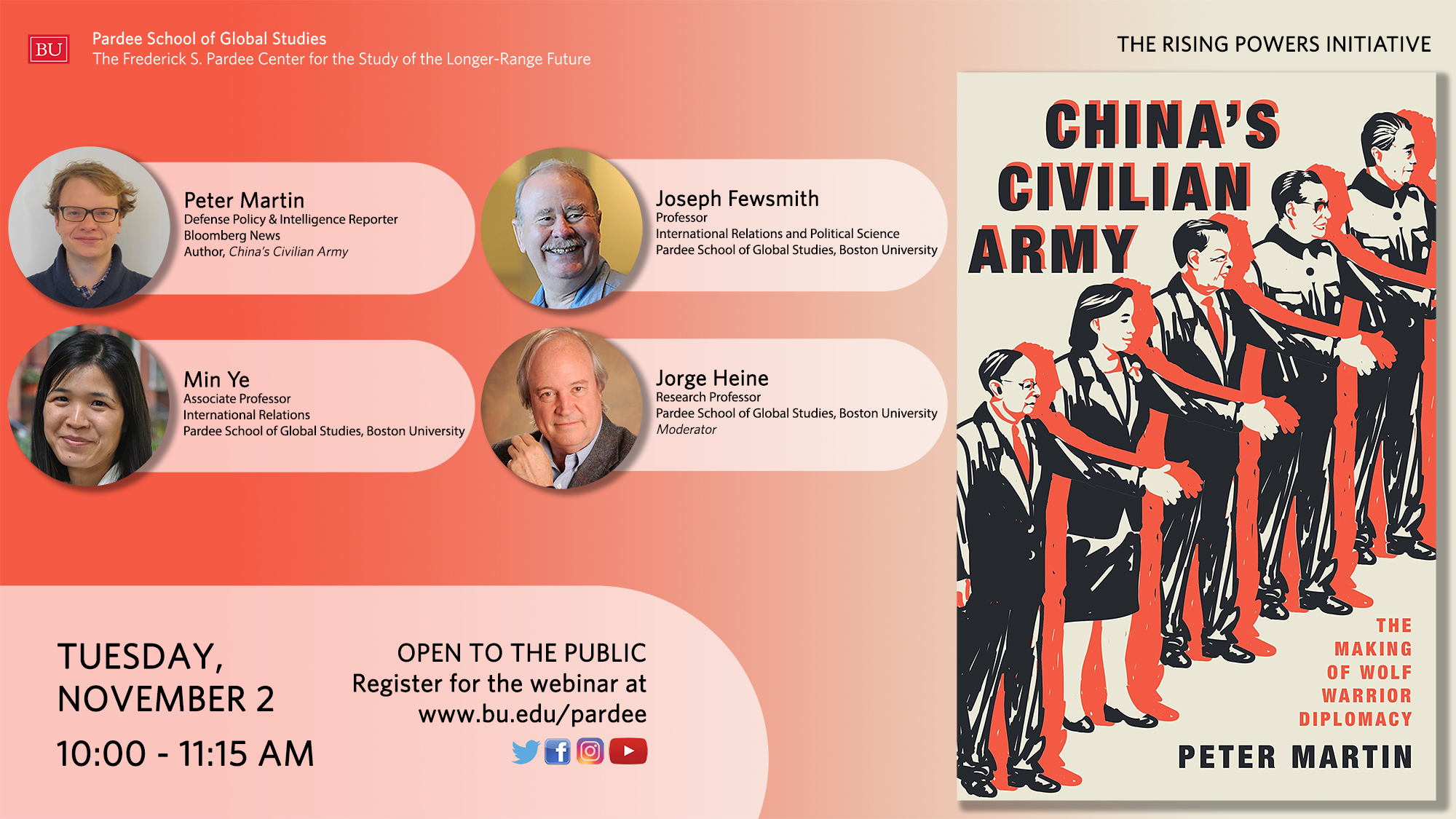 In his new book, China’s Civilian Army: The Making of Wolf Warrior Diplomacy (Oxford University Press 2021), Peter Martin tells the story of China’s transformation from an isolated and impoverished communist state to a global superpower from the perspective of its diplomats. In the early days of the People’s Republic, diplomats were highly disciplined, committed communists who feared revealing any weakness to the threatening capitalist world. Remarkably, the model that revolutionary leader Zhou Enlai established continues to this day despite the massive changes the country has undergone in recent decades. China’s Civilian Army charts the history of China’s diplomatic corps from its earliest days through to the present, drawing on the memoirs of more than a hundred retired diplomats and dozens of interviews.

Please register to attend below.

This event is hosted by the Rising Powers Initiative (RPI), a research program at the Frederick S. Pardee Center for the Study of the Longer-Range Future. The mission of RPI is to understand why rising powers flourish or fail in terms of security, governance, and health, and to understand the impact they have on the international orders of their time. RPI conducts interdisciplinary and policy-relevant research on five emerging powers with increasing global impact: China, India, Brazil, the European Union/Germany, and the Association of Southeast Asian Nations (ASEAN). Learn more about RPI at www.bu.edu/pardee/rpi.