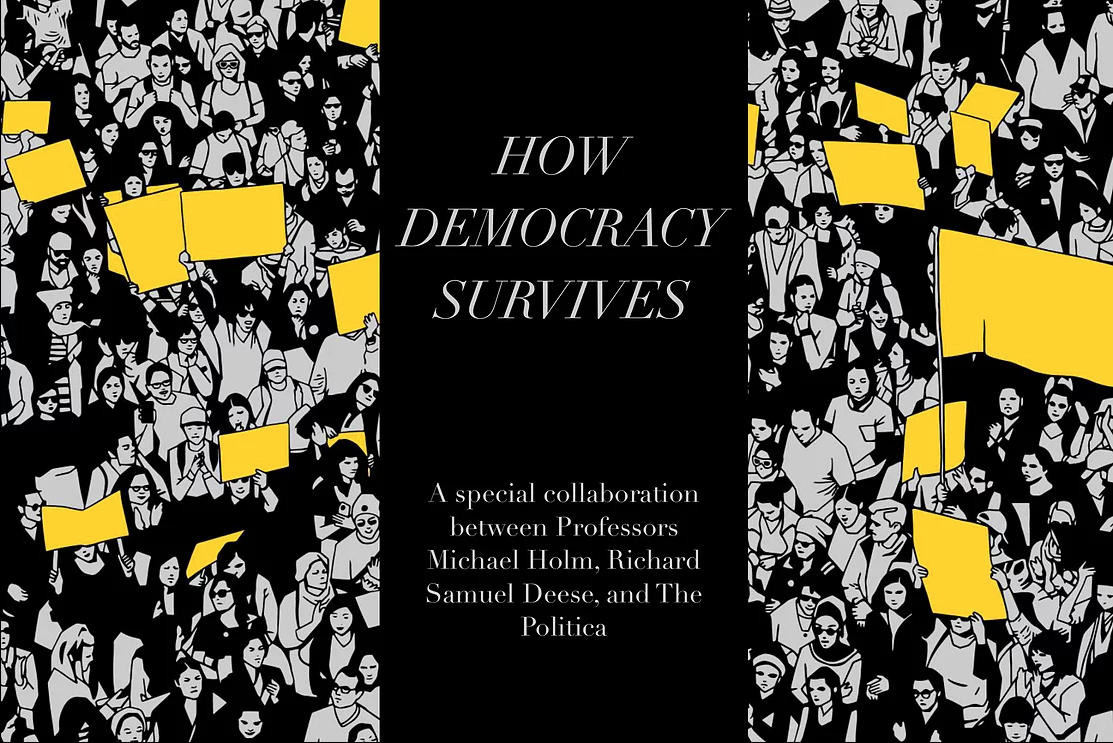 Sam Deese and Michael Holm, Senior Lecturers in the College of General Studies and Faculty Research Fellows at the Frederick S. Pardee Center for the Study of the Longer-Range Future, have launched a podcast exploring the challenges democracy faces around the world in the 21st century. The podcast, titled “How Democracy Survives,” is hosted in collaboration with The Politica, a student-led Boston University global affairs organization.

The podcast builds on a three-day international conference convened by Deese and Holm, and hosted by the Pardee Center, in October 2020. The conference featured leading scholars and activists from around the world exploring how democratic values and institutions can evolve and adapt to the growing challenges that are now destabilizing democratic nation-states, such as climate change, resurgent nationalism, ethnic and religious conflict, human rights abuses, and deepening levels of economic inequality.

Video recordings of every session of the conference are available here.