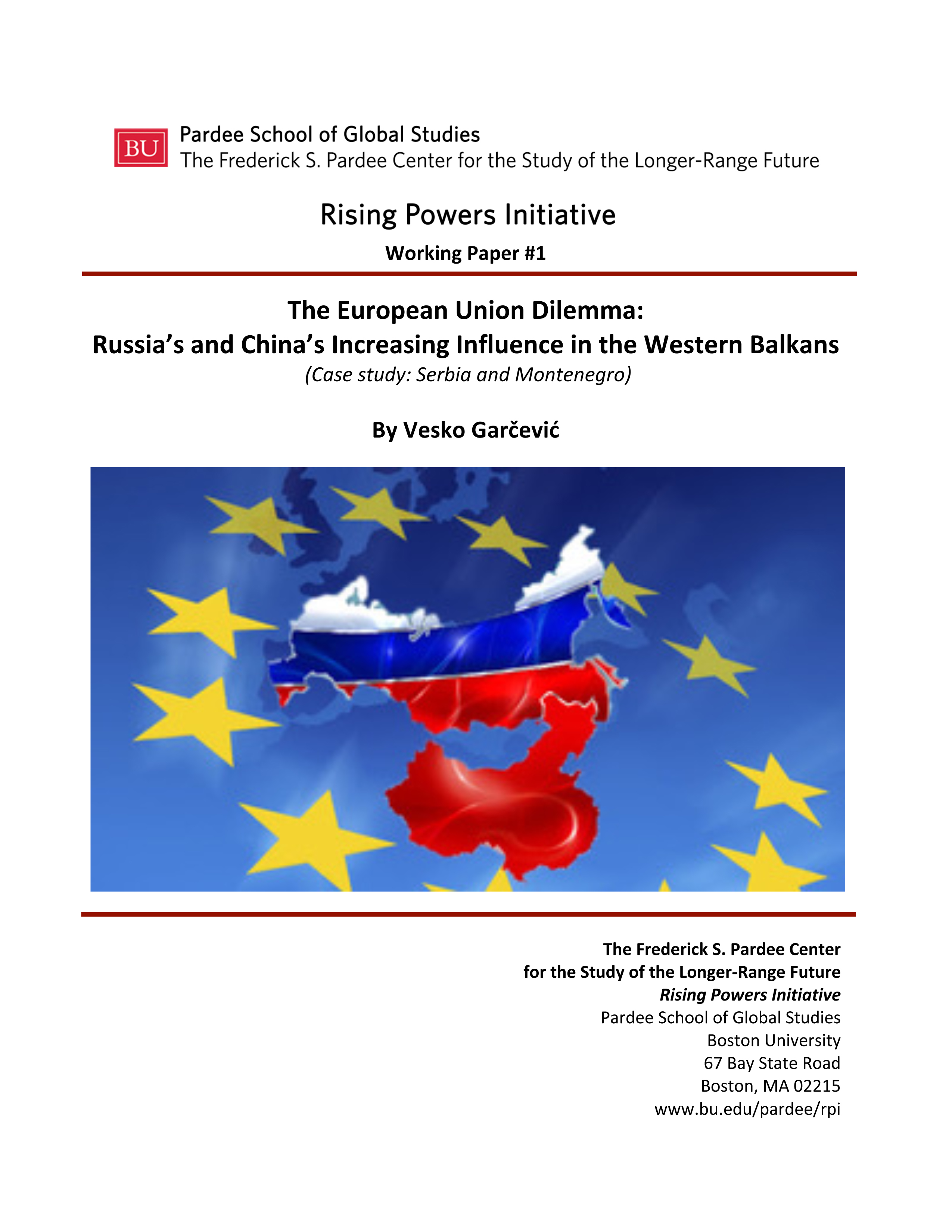 A country’s “soft power” rests primarily on three resources: its culture, its political values, and its foreign policies, but it cannot exist on its own. A discussion of China’s or Russia’s soft power in the Western Balkans is inseparable from discussions of their economic or military strength.

In this Working Paper from the Rising Powers Initiative (RPI), Vesko Garčević discusses the growing influence and transformative power of Beijing and Moscow in the Western Balkans, particularly Serbia and Montenegro, and the implications for the European Union. The paper focuses on the main tools – economic, political, and cultural – which Russia and China use to establish themselves as viable and/or even preferable alternatives to the EU.

Vesko Garčević is a Professor of the Practice of International Relations at the Pardee School of Global Studies at Boston University. He served as the Ambassador of Montenegro in Brussels (NATO) and Vienna (Organization for Security and Cooperation in Europe – OSCE and other International Organizations). He was a Montenegrin Ambassador to Austria, Belgium, Luxembourg, and the Netherlands.