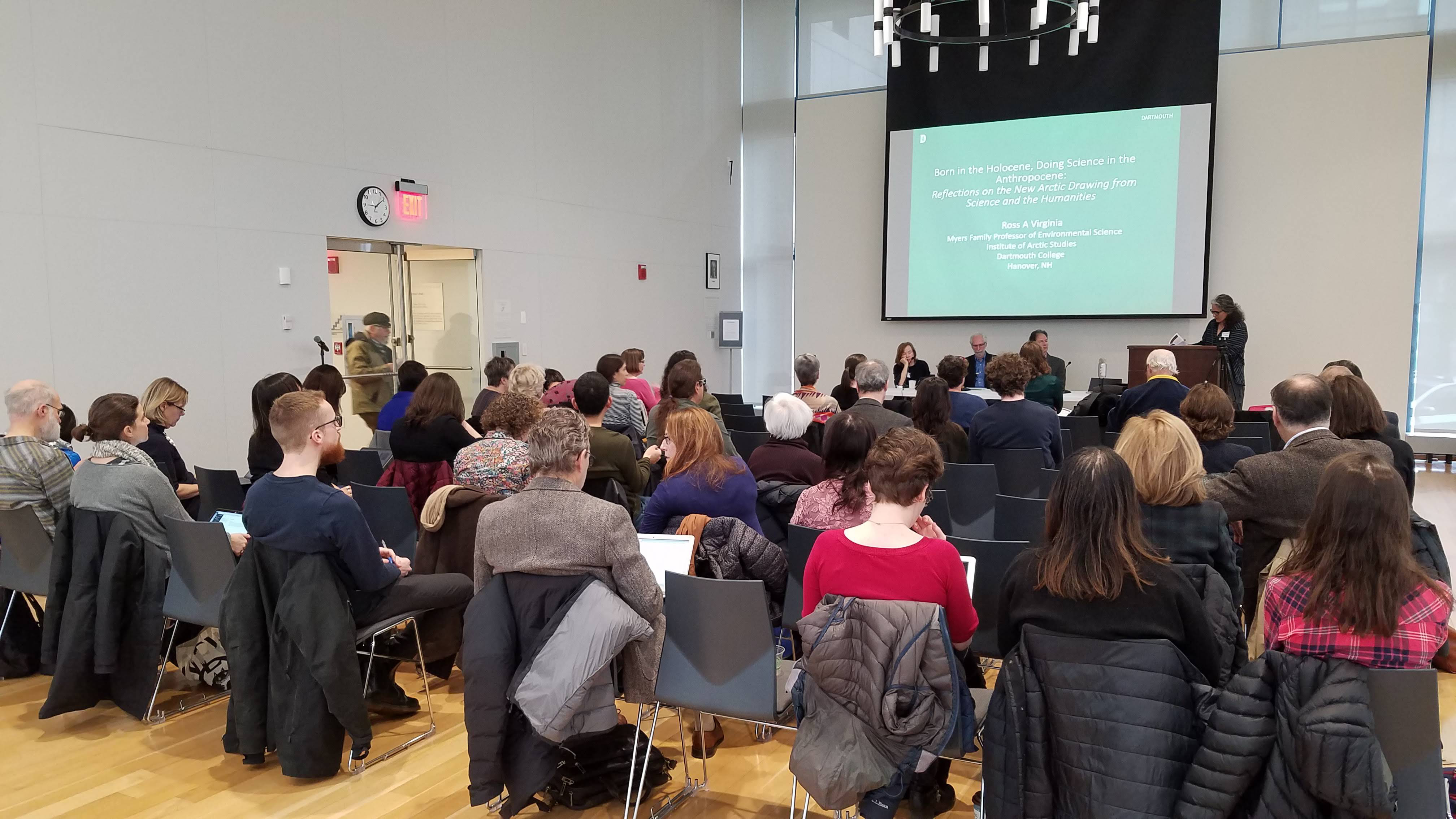 On February 26, the Frederick S. Pardee Center for the Study of the Longer-Range Future, the College of Arts & Sciences, and the Center for the Humanities hosted an all-day, interdisciplinary symposium exploring the future of the Arctic. The event, titled “Arctic Worlds: A Symposium on the Environment and Humanities,” took place at Barristers Hall at the BU School of Law. Convened by Adriana Craciun, a Pardee Center Faculty Associate and Professor & Emma MacLachlan Metcalf Chair of Humanities at BU, and Michael Bravo, a Senior Lecturer in Geography at the University of Cambridge, the symposium included a series of panel discussions featuring leading Arctic experts and concluded with a keynote address by Minister Inuuteq Holm Olsen, the Head of Greenland’s Representation to the U.S. and Canada. Throughout the day, speakers stressed the important role the social sciences and humanities play in understanding the rapidly warming Arctic, a region whose transformation will have profound consequences for its people and the rest of the world.

The first panel began with a presentation by Ross Virginia (Dartmouth College), who spoke about ways to use the humanities to empower science and achieve more positive social change for Arctic people. Michael Bravo recounted the historical interconnectedness of Inuit groups along the Northwest Passage prior to the arrival of Europeans, and Mary C. Fuller (Massachusetts Institute of Technology) explained her work providing alternative context to the English narrative of 16th century Anglo-Inuit encounters in Greenland. 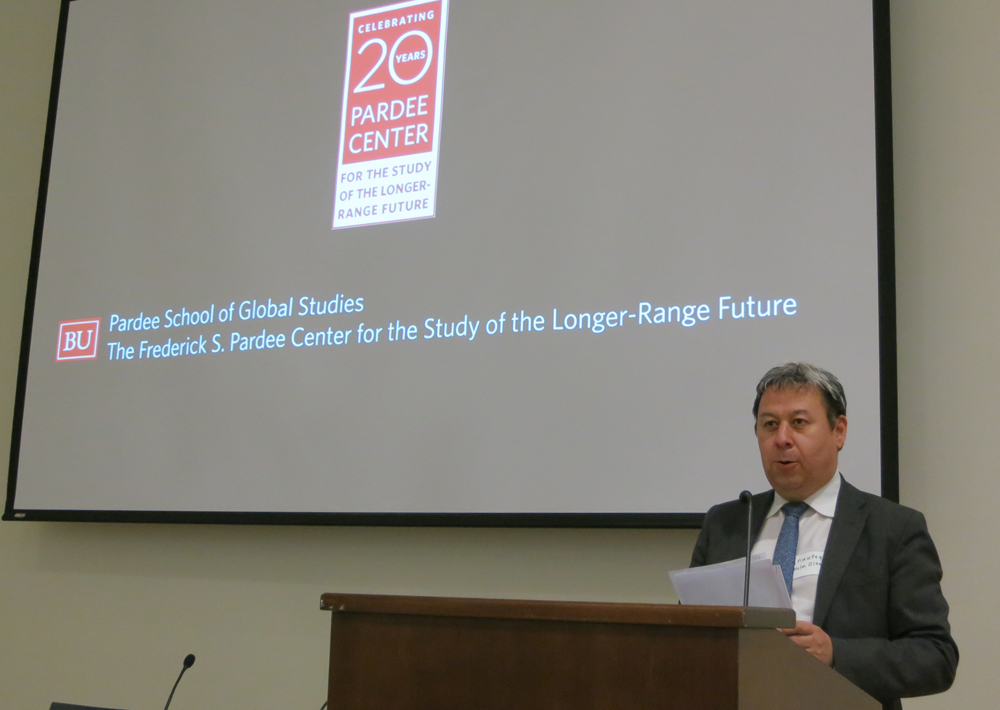 On the second panel, Barbara Bodenhorn (University of Cambridge) explored young Alaskans’ evolving perceptions of the near-, medium-, and long-term impacts of climate change on their lives. Pardee Center Faculty Research Fellow Catherine West (BU Departments of Anthropology & Archaeology) explained her ongoing Unalaska Sea Ice Project, which aims to understand past human-animal-environmental interactions in the context of a changing climate in coastal Alaska. Mia Bennett (The University of Hong Kong) explored ways to visually depict climate change in the Arctic to compel meaningful action, rather than feelings of passivity or hopelessness.

The last panel began with Harriet Ritvo (Massachusetts Institute of Technology), who explained her approach to teaching an undergraduate course on climate change that blends science with the humanities. Lauren E. Culler (Dartmouth College) explored the impact that climate change is having on insects in Greenland, and the cascading consequences these changes are having on the Arctic ecosystem. Finally, Prof. Craciun spoke about the Svalbard Global Seed Vault, a reservoir in the Svalbard archipelago designed to protect against the loss of seeds during global crises.

In his keynote address, Minister Olsen gave a wide-ranging talk on Greenland’s evolving political relationship with Denmark, its international relations with European and North American countries, and its crucial geopolitical role in the future of the Arctic. He acknowledged the improvements that Greenland must make in various areas — particularly infrastructure and economic development — but stressed the importance of its people having increased decision-making power over what happens in its neighborhood. He also urged people outside the Arctic to let the region’s 4.5 million people tell their stories, cautioning against the frequently erroneous, superficial, or clichéd media portrayals of the region.