Innovations in ultrasound technology always has enormous potential. Today, thanks to the technological breakthrough of massive parallel data acquisition and computing, ultrafast ultrasound imaging has been changing the paradigm in vasculature imaging[1]–[3]. In December 2017, the BU Neurophotonics Center acquired an ultrafast ultrasound imaging system (Vantage 256, Verasonics Inc.). We have implemented several novel imaging techniques and been applying these technologies for brain functional and pathologic studies.

A conventional ultrasound image is usually acquired by sequential scanning a focused beam across the image plane and a 2D image is typically made of 64-512 such lines. Such serialized architecture limits the frame rate to ~60 frames/s. In contrast, ultrafast ultrasound imaging utilizes the parallelization paradigm that emits plane waves at different angles and a contrast enhanced 2D image is obtained with coherent plane wave compounding[4]. The image frame rate is no longer limited by sequential scanning of the focused beam but by the travel time of the pulsed plane wave to propagate through the medium and get back to the transducer array, and the achievable frame rate is ~30 KHz for an imaging depth of 15 mm. Such high frame rate opens a wide range of possibilities for functional imaging technology development and will ultimately benefit human health care. 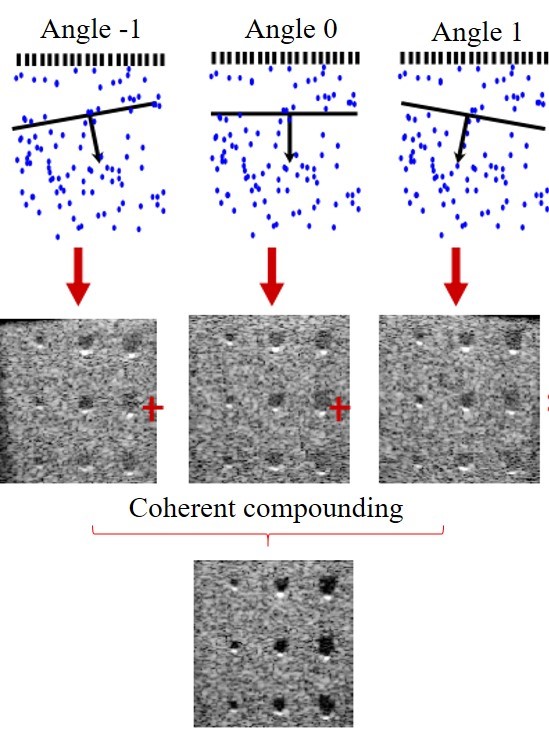 fUS was first introduced in 2011 by Mace et al [1] . It has the ability to image cerebral blood volume at ~100 micron spatial and sub-second temporal resolution with >15 mm penetration. In fUS, blood signal is obtained either by high pass filtering[1] or spatiotemporal clutter rejection[5], and the final image is formed by summing up the power of the blood signal for each pixel[1]. Fig. 2 shows three representative fUS images we have acquired at three different coronal planes. 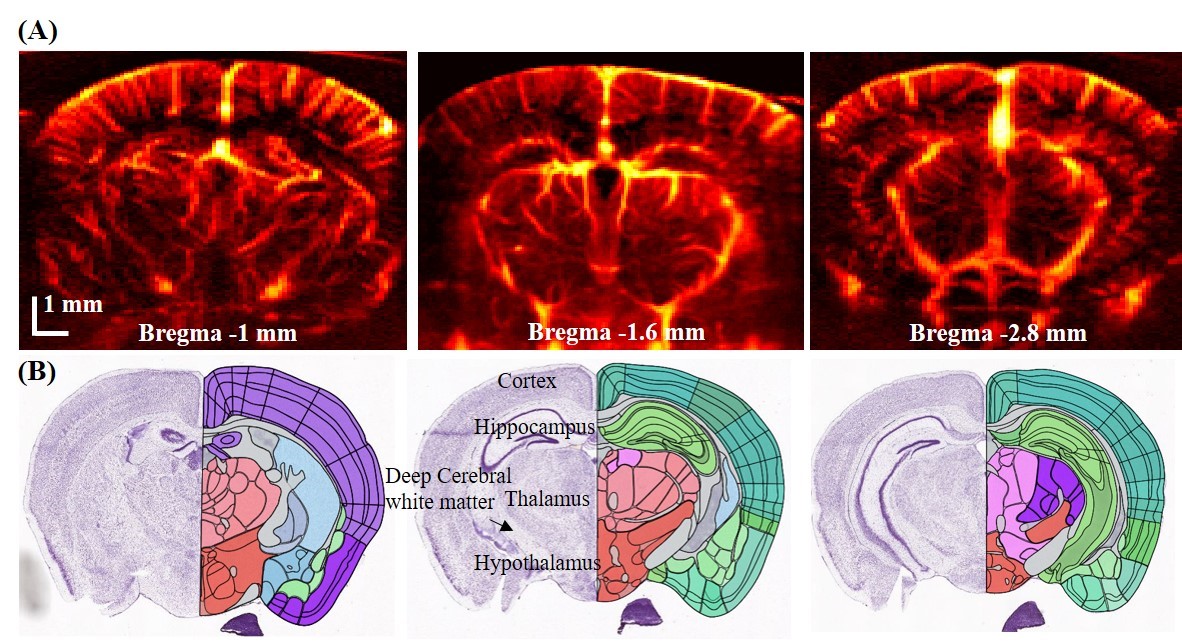