Mehraj Awal (Gabel lab) completed his requirements for his Ph.D. in Neurophysiology in 2020, with his thesis, titled “The breakdown of neural function under anesthesia.” Dr. Christopher V. Gabel was his advisor in the Gabel Lab. After receiving his Ph.D., Mehraj now works as a Medical Writer at DynaMed. 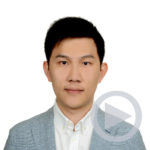 Wenkang An (Shinn-Cunningham lab) worked with Prof. Barbara Shinn-Cunningham at Boston University, prior to his transfer to Carnegie Mellon University. His thesis project aims at integrating the information from multiple neuroimaging modalities at different scales of temporal and spatial resolution to explore how the human brain is modulated to selectively attend to one sound when there are multiple sound streams available. He continues to work with Prof. Shinn-Cunningham, also now at Carnegie Mellon, and expects to graduate in 2021. 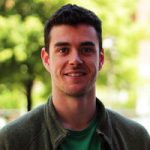 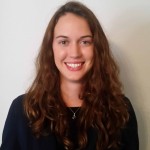 shley Comer (Cruz-Martin lab) is a Ph.D. candidate working in Dr. Alberto Cruz-Martin’s lab, studying the development and plasticity of neural circuits and how these processes are perturbed in diseased states, such as schizophrenia, for her dissertation. She expects to graduate in 2020. 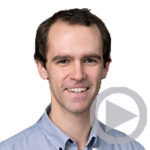 Kyle Hansen (Han lab) received his Ph.D. in Bioengineering and Biomedical Engineering in May 2019 after defending his thesis, “Neuronal Network Analysis Tools for Large Calcium Imaging Datasets.” He worked with Dr. Xue Han and in Dr. Xue Han’s Lab for his dissertation. Kyle now works as a Research Scientist at Philips Research North America in Cambridge, MA. 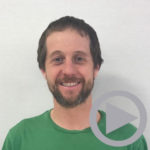 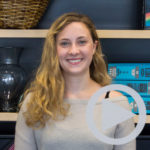 Lisa Kretsge (Cruz-Martin lab) graduated from Vassar College with a B.A. in Neuroscience and Behavior in 2014. She became involved in neurophotonics when she performed optogenetic experiments as a research technician in Dr. Joshua Gordon’s lab at Columbia University. Her current work in Dr. Alberto Cruz-Martin’s lab explores how prenatal exposure to opioids and early life withdrawal from these drugs impacts cortical development. Her expected graduation is in 2022. 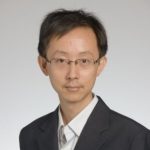 Jiang Li completed the requirements for his Ph.D in Physics in 2017 with his thesis, entitled, “Wavefront sensing and conjugate adaptive optics in wide-field microscopy.” Prof. Jerome Mertz was his Ph.D. Advisor and Jiang completed his research in the Mertz lab. After receiving his Ph.D., Jiang Li took the position of Research Scientist at Nanometrics in the San Fransisco Bay area. 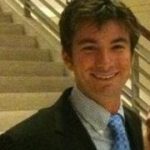 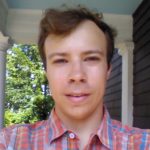 Samuel Levy (Eichenbaum lab) graduated with honors from Cornell University in 2013 with a BA in Psychology. He became involved with neurophotonics through lab work; he recently completed an experiment imaging hippocampal activity in freely moving mice with a head-mounted micro-endoscope while the subjects performed the same behavior over several weeks. He hopes the results will expand the scope of existing knowledge on how the hippocampus codes for space under divergent cognitive contexts over time. Sam hopes to graduate in May of 2020. 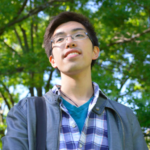 William Mau (Denise Cai Lab) received his Ph.D. in 2019 with his thesis, “Neural patterns of hippocampus and amygdala supporting memory over long timespans.” He worked in the  Eichenbaum Lab while at Boston University. William is now at the Denise Cai Lab in New York, NY, as a postdoctoral fellow. 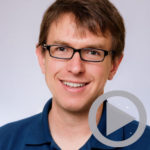 L. Nathan Perkins (Gardner lab and BOAS lab) received his Ph.D. in Computational Neuroscience in 2018 with his thesis, “High-density microfibers as a potential optical interface to reach deep brain regions.” He worked in the Lab of Neural Circuit Formation with Professor Tim Gardner to develop novel optical techniques for interfacing with neural circuits in deep brain regions. Many Neurophotonics faculty members, including Tom Bifano, Ian Davison, David Boas and Jerome Mertz, contributed to this project, helping to refine the method and build models of the underlying optics. He is now a postdoctoral researcher at Boston University. You can find more information about Nathan at his website.

Bahar Rahsepar (White lab) first became involved in neurophotonics as an undergraduate working in Robert Gross’s lab at Emory University, on a project using optogenetics in rats to investigate mechanisms underlying treatment of epileptic seizures by DBS. She graduated from Georgia Institute of Technology in 2014 with B.S. in Biomedical Engineering. For her dissertation, she is investigating mechanisms underlying rhythmic activity generation in mice hippocampus using two photon imaging, optogenetics and electrophysiology. She is expecting to graduate in 2020 with a PhD in Biomedical Engineering. 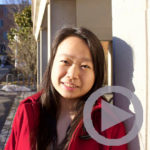 Jenny (Jingyi) Sun (Mertz lab) appreciates the beauty of optics, and engineers optics to image the mysteries of the brain.  She graduated with a B.S.E degree in Electrical Engineering from Princeton University in 2016, with a research background in optical signal processing. In her graduate studies at Boston University, Jenny gravitated towards neurophotonics through seminars, classes, and conversations, and was especially captivated by live neuron imaging.  She works in Prof. Jerome Mertz’s group on extended depth of field microscopy for neuron imaging, using deformable mirrors in collaboration with Prof. Tom Bifano’s group. She expects to graduate with her Ph.D. in Electrical Engineering in 2021. 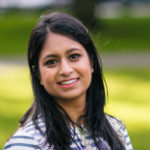 Smrithi Sunil (Boas lab) Smrithi Sunil is a PhD candidate in the Biomedical Engineering Department at Boston University. She received her BS in Biomedical Engineering with a minor in Electrical Engineering from Case Western Reserve University in May 2015. She is a PhD candidate in the BOAS Lab, where she will be applying various optical techniques to characterize changes in cerebral vascular structure, hemodynamics, and neurovascular coupling after stroke. The goal of her project is to study functional recovery after stroke. Prior to her PhD, during her undergrad, she worked with Dr. Jeffrey Capadona on characterizing and improving electrode performance and inflammatory response that result from intracortical microelectrode implants. 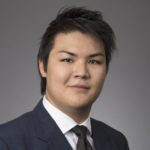 Jean-Marc Tsang Min Ching (Mertz lab) received his Bachelor of Science in Biomedical and Electrical Engineering from Boston University in 2015. His exposure to neuroscience stemmed from his work as an undergraduate researcher in Xue Han’s lab and with time, he became more interested in instrumentation and photonics. For his graduate studies, he joined the Biomicroscopy Lab where, under the supervision of Jerome Mertz, he develops new microscopy techniques for biological imaging, including neural imaging. He is currently working on developing a fiber bundle-based microscopy technique to obtain pseudo-3D fluorescence imaging in a single frame. He expects to graduate in May 2020 with a PhD in Biomedical Engineering. 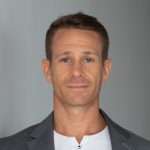 Adam Vogel (Hasselmo lab) received his Ph.D. in Computational Neuroscience in 2020 with his thesis, “A tool for the in vivo gating of gene expression in neurons using the co-occurrence of neural activity and light.” He worked with Prof. Michael Hasselmo in the Hasselmo Lab. Adam is now a research associate at Boston University’s School of Medicine. 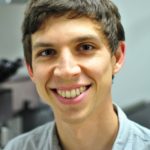 Tim Weber (Mertz lab) received his Ph.D. in Bioengineering and Biomedical Engineering with his thesis, “Transillumination techniques in ophthalmic imaging,” in 2019. His advisor was Prof. Jerome Mertz, whom he worked with in the Biomicroscopy Lab to complete his research. Tim is currently a REU Student in the Molecular Physics Laboratory at SRI International at Menlo Park, CA. 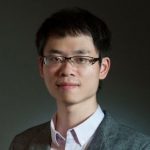 Ruohui Yang (Mertz lab) completed his Ph.D. in Biomedical/Medical Engineering in 2019 with his thesis, “New methods for deep tissue imaging.” His advisor was Prof. Jerome Mertz  and he completed his research in the Mertz lab. Ruohui is now a research scientist at Facebook.