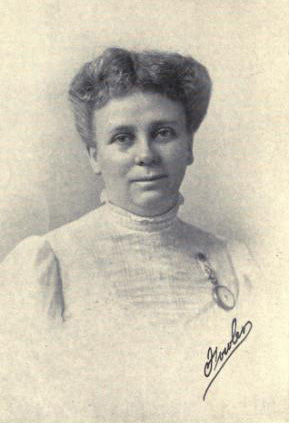 After hearing Bishop William Taylor, Helen Chapman volunteered to go to Africa as a self-supporting missionary. In 1891 she sailed for the Congo (Zaire). She married a Danish missionary, William Rasmussen, whom she met during the voyage. After six months, their health broken by malaria, the Rasmussens had to leave Africa; but they returned with their son in 1894. In 1895 William died and Helen again left the field. After her son died, she sailed for Southern Rhodesia in 1901 as the first missionary there of the Methodist Episcopal Woman’s Foreign Missionary Society. Living in the villages to study Shona, she translated the Scriptures and hymns and in 1905 published A Handbook of Chikaranga. Over several years, she laid the foundation for Methodist girls’ education.

In 1905 she married John Springer. Together they walked across Northern Rhodesia (Zambia) and founded Methodist missions in the Congo (Zaire). The Springers opened Protestant work among the Lunda and in Katanga Province. Helen did women’s work, conducted ministerial training, and translated the Scriptures. On furlough in 1919, she was a powerful speaker in recruiting for the Student Volunteer Movement, and she wrote on Africa for young people. After two more years in Southern Rhodesia, the Springers returned to the Congo, where she worked until she died.

Springer, John McKendree. I Love the Trail: A Sketch of the Life of Helen Emily Springer. New York: Parthenon Press, 1952.

_____. Pioneering in the Congo. New York: Printed for the author by the Methodist Book Concern, 1916.

Helen Springer’s papers, including journals and correspondence, are held in the archives of the United Methodist Church, Madison, NJ, USA.

_____. A Hand-Book of Chikaranga, or, The Language of Mashonaland. Rhodesia: Methodist Episcopal Mission, 1905.