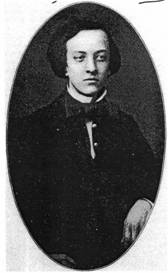 Pierson catalyzed the late nineteenth-century American evangelical missionary movement. With a growing reputation as Bible scholar and orator, he became pastor in 1869 of the prestigious Fort Street Presbyterian in Detroit. In 1876, after the church burned down, Pierson held services in the local opera house and a revival resulted. Feeling he had been called to a gospel-oriented rather than a socially prominent ministry, he became pastor in 1883 of Bethany (Presbyterian) Church in Philadelphia, a church which engaged in missions among the urban poor. While he was its pastor, Pierson ran a missionary training school and developed a national reputation as a promoter of missions. In 1885, at a Bible conference sponsored by revivalist Dwight L. Moody, Pierson called on Protestant churches to launch a worldwide missionary campaign. In 1886 he authored The Crisis of Missions, the major missions promotional book of the era. 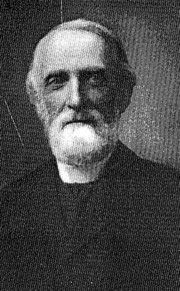 He also spoke on missions to a group of YMCA collegians at an 1886 summer conference convened by Moody at Northfield, Massachusetts. As a result, 100 young men volunteered to be foreign missionaries, and the Student Volunteer Movement for Foreign Missions (SVM) was born.

Pierson’s belief that world evangelization would usher in Christ’s return was the key to his passion for mission. He authored the watchword of the SVM, “the evangelization of the world in this generation.” He promoted missions through hundreds of books, articles, speeches, and the The Missionary Review of the World which he edited (1888-1911), the most important nondenominational mission journal of its day. After attending the London Centenary Conference in 1888, he began to spend time in England as missions advocate and interim pastor at Charles H. Spurgeon’s Metropolitan Tabernacle. He acted as elder statesman to the emerging “faith mission” movement, influencing among others the Africa Inland Mission and the Oriental Missionary Society.

Pierson devoted the final period of his life to Bible teaching and to holiness spirituality. After being rebaptized in 1896, he was excommunicated by his denomination but continued to worship as a Presbyterian. He wrote fourteen books on Bible study and was an original editor of the Scofield Reference Bible. In 1910 he set out to tour missions in East Asia, but he grew ill and returned home to Brooklyn, where he died. All seven of his children did missionary work, and mission leaders like Robert E. Speer, Samuel Zwemer, and Stephen Neill traced their inspiration for missions to him or to his writings.

Gordon, A. J. How Christ Came to Church; The Pastor’s Dream. A Spiritual Autobiography. With The Life-story, and the Dream as Interpreting the Man by A. T. Pierson. Philadelphia: American Baptist Publication Society, 1895.

Liggins, John. The Great Value and Success of Foreign Missions: Proved by Distinguished Witnesses: Being the Testimony of Diplomatic Ministers, Consuls, Naval Officers, and Scientific and Other Travelers in Heathen and Mohammedan countries; Together with that of English Viceroys, Governors, and Military Officers in India and in the British Colonies: Also Leading Facts and Late Statistics of the Missions. With an introduction by A. T. Pierson. New York: Baker and Taylor, 1888.

Pierson, Arthur T. The Crisis of Missions; or the Voice out of the Cloud. New York: R. Carter, 1886.

_____. The Divine Art of Preaching. Lectures Delivered at the “Pastor’s College,” connected with the Metropolitan Tabernacle, London, England, from January to June, 1892. New York: The Baker & Taylor Co., 1892.

_____. The Divine Enterprise of Missions: A Series of Lectures Delivered at New Brunswick, N.J., before the Theological Seminary of the Reformed Church in America upon the “Graves” Foundation in the Months of January and February, 1891. New York: Baker & Taylor, 1891.

_____. George Müller of Bristol and His Witness to a Prayer-Hearing God. With an Introduction by James Wright. London: James Nisbet & Co., 1899.

_____. Many Infallible Proofs: A Series of Chapters on the Evidences of Christianity; or, The Written and Living Word of God. Chicago: F. H. Revell, 1886.

_____. The Miracles of Missions; or, the Modern Marvels in the History of Missionary Enterprise. New York: Funk & Wagnalls, 1895.

_____. The Modern Mission Century Viewed as a Cycle of Divine Working; a Review of the Missions of the Nineteenth Century with Reference to the Superintending Providence of God. New York: The Baker and Taylor Company, 1901.

_____. The New Acts of the Apostles; Or, The Marvels of Modern Missions: A Series of Lectures Upon the Foundation of the “Duff Missionary Lectureship” Delivered in Scotland in February and March 1893; With a Chromo-Lithographic Map Showing the Prevailing Religions of the World, Their Comparative Areas and the Progress of Evangelisation. London: James Nisbet & Co., 1894.

_____. The One Gospel; or, The Combination of the Narratives of the Four Evangelists, in One Complete Record. New York: The Baker & Taylor Co., 1889.

_____. “The Organic Unity of the Bible.” In The Inspired Word: A Series of Papers and Addresses Delivered at the Bible-Inspiration Conference, Philadelphia, 1887, edited by A. T. Pierson. New York: A. D. F. Randolph, 1888.

_____. Zachariah Chandler; An Outline Sketch of His Life and Public Services. Detroit: The Post and Tribune Co., 1880.

Sermon manuscripts at the Boston University School of Theology Library

These sermon manuscripts are from Pierson’s early career and were rescued from the fire that burned down the Fort St. Presbyterian Church in Detroit in 1876. On the back of each manuscript, Pierson noted the date the sermon was preached. The manuscripts were rescued from a dumpster in California in the mid twentieth century by Dr. Edmond C Gruss, who donated them to the Boston University School of Theology.

The Commandments. I. Real and Practical Idolatry. No. 161.

The Commandments. II. Images and Pictures of God. No. 162.

The Commandments. IV. The Christian Sabbath. No. 169.

The Commandments. X. The Iniquity of Covetousness. No. 184.

Pierson, Arthur T. The Believer’s Life: Its Past, Present, and Future Tenses. London: Morgan and Scott, 1905.

Robert, Dana Lee. Occupy Until I Come: A. T. Pierson and the Evangelization of the World. Grand Rapids: Eerdmans, 2003.

Sketch of Arthur Tappan Pierson, a link to a biography of Pierson by Tom Stewart, and links to Pierson’s writings: “The Heart of the Gospel” (1891) and “The Communicable Secrets of Mr. Finney’s Power.”

“The Communicable Secrets of Mr. Finney’s Power” by A. T. Pierson.

Another text of “In Christ Jesus” by A. T. Pierson.

Portrait 1: “A. T. Pierson at seventeen.” In Pierson, Delavan Leonard. Arthur T. Pierson, A Spiritual Warrior, Mighty in the Scriptures; A Leader in the Modern Missionary Crusade. New York: Revell, 1988.