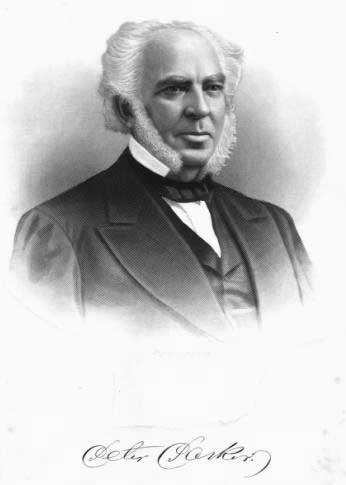 Born in Framingham, Massachusetts, Parker “opened China to the gospel at the point of a lancet.” He graduated from both Yale Divinity School (B.D.) and Yale School of Medicine in 1834. After receiving Presbyterian ordination at Philadelphia, in 1834 he sailed for Canton (Guangzhou), China, as a missionary of the American Board of Commissioners for Foreign Missions (ABCFM). He was a skilled surgeon and ophthalmologist, and his hospital in Canton won over the initially suspicious Chinese. As a result, Parker, in cooperation with missionary colleagues from Britain and America and with the support of businessmen (including some Chinese), became instrumental in developing the idea of medical missions. The Medical Missionary Society in China was founded at Canton in 1838, with Parker as a leading figure. Forced out of China during the First Opium War (1840-1842), he promoted medical missions in the United States, England, Scotland, and France, securing financial support and arousing interest in and awareness of the work. 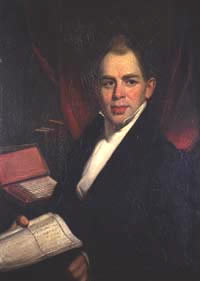 Returning to China in 1842 with his bride, Harriet Webster (who became the first Western woman to be permitted residence in China), in 1844 Parker was appointed part-time secretary and interpreter of the first U.S. legation to China. Thereafter, his relationship with the ABCFM and its secretary, Rufus Anderson, became strained. Finally in 1847, the ABCFM terminated Parker as a missionary, charging that he was devoting too much time to medical and diplomatic affairs and not giving enough attention to evangelism. He continued his work at the hospital in Canton, at the same time serving as a U.S. chargé d’affaires. It is estimated that during two decades of ministry in China, he treated more than 50,000 patients.

Returning home in 1855, he sailed back to China later the same year, this time as the U.S. commissioner plenipotentiary, in which capacity he served until he was recalled in 1857. Taking up residence in Washington, D.C., he became a regent of the Smithsonian Institution, was active in the newly formed Evangelical Alliance, and finally, as a sign of reconciliation, was made corporate member of the ABCFM. In 1859, in retirement and after 18 childless years of marriage, a son was born—Peter Parker, Jr.

Parker’s memorable contribution to missions was undoubtedly his advocacy of medical missions, himself being one of its most outstanding representatives. In making the home bases of missions realize their responsibility for the physical well-being of the people served by other forms of Christian ministry, he not only highlighted the importance of medical services but reclaimed them for the missionary enterprise.

Stevens, George Barker. and W Fisher Markwick. The Life, Letters and Journals of the Rev. and Hon. Peter Parker, M.D. Missionary, Physician, and Diplomatist: The Father of Medical Missions and Founder of the Ophthalmic Hospital in Canton. Boston: Congregational Sunday-School and Pub. Society, 1896.

Parker’s personal diaries, along with some of his correspondence and sermons, are in the Yale Medical Historical Library, New Haven, Connecticut, USA; his correspondence with the ABCFM is at the Houghton Library, Harvard University, Cambridge, Massachusetts, USA.

Parker published reports of the Canton Hospital in the Chinese Repository (from 1836 to 1856).

“Peter Parker Image.” In Stevens, George Barker and W Fisher Markwick. The Life, Letters and Journals of the Rev. and Hon. Peter Marker, M.D. Missionary, Physician, and Diplomatist: The Father of Medical Missions and Founder of the Ophthalmic Hospital in Canton. Congregational Sunday School and Publishing Society, 1896.