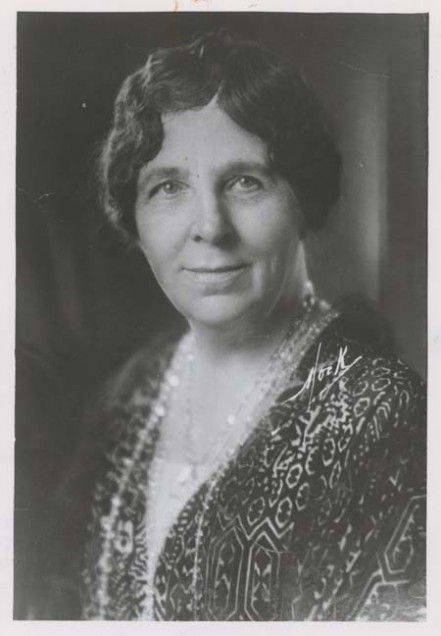 Helen Barrett was born in Kingsville, Ohio, the eldest of three children of Adoniram Judson Barrett and Emily B. Barrows. She graduated from Wellesley College and Brown University, where she majored in classical literature. For a time she taught school in Philadelphia; in 1887 she married William A. Montgomery and the couple moved to Rochester, New York, where William Montgomery became a successful automobile industrialist. In Rochester Helen Montgomery became active in civic and educational affairs. She advocated a women’s college at the University of Rochester and became the first woman elected to the city school board. She also became interested in overseas missions work and was much in demand as a platform speaker and writer. In 1914 she was elected the first president of the national Woman’s American Baptist Foreign Mission Society. With her close friend Lucy W. Peabody, Montgomery joined the Central Committee on the United Study of Foreign Missions and wrote widely for the development of cooperative women’s missionary work. In 1910 she wrote Western Women in Eastern Lands, which sold over 100,000 copies; that same year she toured the United States on behalf of the International Jubilee of Women’s Missions, delivering almost 200 speeches. In 1913, in response to an invitation to attend the Edinburgh Continuation Committee meeting in The Hague, she and Lucy Peabody toured Europe, the Middle East, India, and the Far East, assessing the conditions of women’s education. Everywhere she visited she spoke boldly on behalf of Christian schools and the training of women teachers. Seven Christian schools in the Far East were started or strengthened as a result of the tour. At the conclusion of the trip, Montgomery and Peabody advocated the establishing of an annual day of world prayer to unite women of the world and emphasize their issues; the federation of Women’s Boards of Foreign Missions adopted this timely suggestion, which eventually became the World Day of Prayer. In 1920, Montgomery was elected the first woman president of an American denomination, the Northern Baptist Convention. In this role she advocated the Baptist principle of “soul liberty” against a rising tide of fundamentalism and urged that priority be placed on the missionary task of the church rather than on divisive theological issues. Her greatest literary achievement was the Centenary Translation of the New Testament (1924), the first New Testament translation by a woman scholar. The sales derived from this translation went directly to mission projects supported by Northern 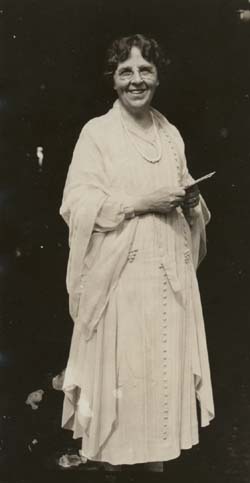 _____. Christus Redemptor: An Outline Study of the Island World of the Pacific. New York: The MacMillan Company, 1906.

_____. The King’s Highway: A Study of Present Conditions on the Foreign Field. West Medford, MA: Central Committee on the Study of Foreign Missions, 1915.

The additional article below is provided with permission from the International Bulletin of Missionary Research Legacy of Helen B. Montgomery