Anglican chaplain in India and missionary to Muslims 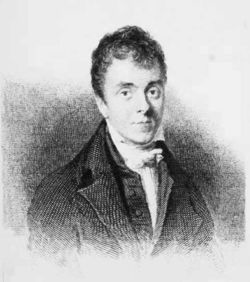 Martyn was born in Truro, England, where his father worked as head clerk of a merchant house. After attending Truro Grammar School, he proceeded to Cambridge to read mathematics. Influenced by his younger sister, and by Charles Simeon, he soon professed evangelical faith. He graduated (as Senior Wrangler) in 1801, also earning the Smith’s Prize. In 1802 he became a fellow of St. John’s. Admiration for David Brainerd persuaded him to abandon legal ambitions for missionary service.

A curacy with Simeon at Holy Trinity Church, Cambridge, followed. Changed personal circumstances made missionary service impossible for him, so instead, he accepted a chaplain’s commission with the East India Company. During the 305-day voyage to Calcutta, he studied Urdu and Bengali. Until he was posted inland, he assisted the Serampore Baptists in Bible translation work. He was chaplain from 1806 to 1809 at Dinapore and from 1809 to 1810 at Cawnpore. In both places, his refusal to regard Indians as inferior and his respect for India culture annoyed and alienated many of his peers. Encouraged by fellow evangelicals, he took as his main task Bible translation. With the assistance of munshis (translators), he produced Urdu, Arabic, and Persian versions of Scripture, thus focusing on Muslim languages. Confessing that ignorance of Islam handicapped his ability to communicate the gospel, he also “read everything [he] could pick up about Mohammadans.”

Late in 1810, suffering from consumption, Martyn took a leave of absence to travel through Iran, to test his Persian translation, and to benefit from a drier climate. He hoped eventually to return to England to persuade a childhood sweetheart, who had refused an earlier request, to marry him. In Iran, he thoroughly revised his Persian translation of the New Testament, which, with the help of Sir Gore Ouseley (1779-1844), was presented to the shah. Reluctantly, Martyn also agreed to exchange tracts with the Muslim ulema (religious scholars), later published as his Controversial Tracts on Christianity and Mohammedanism (1824). Martyn died at Tocat at age 31, cared for and buried by Armenians, whose ancient church he had long admired. Martyn’s ecumenical openness, his desire to implant the gospel in Indian culture, and his concern for spiritual exchange with Muslims have often been obscured by his reluctant use of polemic. Nevertheless, his legacy inspired later missionaries, such as Thomas Valpy French and Temple Gairdner toward a more irenic approach to Muslims and to Islam.

Rhea, Sarah J. Life of Henry Martyn: Missionary to India and Persia, 1781-1812. Chicago: Women’s Presbyterian Board of Foreign Missions of the Northwest, 1888.

Henry Martyn Centre for the Study of Mission and World Christianity