Missiologist, theologian, and leader of the ecumenical movement 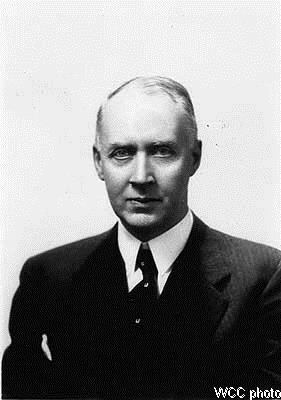 Born in Inverness, Scotland, Mackay studied philosophy and theology in Aberdeen and Princeton. When in Spain, he came under the influence of existential philosopher Miguel de Unamuno. This experience gave him a unique understanding of the Iberian soul and permeated his thought with an existential note that explains his unique appeal to Latin Americans. Sent by the Free Church of Scotland with his wife, Jane Logan (Wells), he was a missionary educator in Lima, Peru, from 1916 to 1925, where he was the founder and president of the Anglo-Peruvian school. He then moved to Montevideo, Uruguay, and later to Mexico City, as a traveling lecturer with the YMCA. As a successful evangelist among university students, his influence on well-known Latin American intellectuals was decisive. His forceful plea at the Jerusalem meeting of the International Missionary Council (IMC) in 1928 influenced the ecumenical movement to recognize the legitimacy of a Protestant missionary presence in Latin America.

Mackay’s classic The Other Spanish Christ (1932) is an unsurpassed missiological interpretation of Latin America. In 1932 he became secretary for Africa and Latin America in the Board of Foreign Missions of the Presbyterian Church in the U.S.A. From 1936-1959 he was professor and president of Princeton Theological Seminary. His administration reflected a commitment to the “restoration of theology” after the crisis of the early decades of the century; in 1944 he founded the journal Theology Today. From 1947-1957 he was chairman of the IMC. At the founding of the World Council of Churches (WCC) in 1948, he became a member of the Central Committee and was chairman of the joint committee of IMC and WCC from 1948 to 1954. He was also a resident of the World Presbyterian Alliance from 1954 to 1959. Among his best-known books are A Preface to Christian Theology (1943), Christianity on the Frontier (1950), God’s Order (1953), and Ecumenics: The Science of the Church Universal (1964). Mackay’s theology was marked by the Reformed tradition with an existential note, deep roots in Scripture, and a continuous confrontation with questions and challenges that came from the missionary frontier. After retirement from the presidency of Princeton, in 1959, he continued an active writing and teaching ministry.

Mackay’s library, files, and classified documents are in the Speer Library at Princeton Theological Seminary.

_____. His Life and Our Life; the Life of Christ and the Life in Christ. Philadelphia: Westminster Press, 1964.

_____. The Latin American Churches and the Ecumenical Movement. New York: National Council of the Churches of Christ in the U.S.A. Committee on Cooperation in Latin America, 1963.

A biographical sketch of John Alexander Mackay at teologiaycultura.com.ar