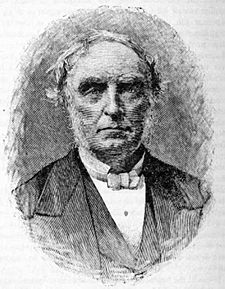 Legge was born at Huntly, Aberdeenshire, the youngest in a family of seven. He received an M.A. at King’s College, Aberdeen, and, after affiliating with the Congregational Church, did further study at Highbury College, London. He was appointed by the London Missionary Society and joined the Chinese mission to Malacca in January 1840. He became principal of the Anglo-Chinese College in that city later the same year and moved with it to Hong Kong in 1843. Shortly after this move, the mission changed the college into a theological seminary and Legge continued as its principal until 1856. During this period he also pastored the English Union Church in Hong Kong, helped in the development of an independent Chinese congregation, wrote many articles in Chinese as tracts or for various periodicals, and became widely known for his seven-volume translation into English of the Chinese classics. In the long-lasting controversy over the proper term for God in the Chinese language, Legge, along with most English missionaries, advocated the use of the name Shang Di. He was often criticized by fellow missionaries because of his high view of Confucius and his belief that the “natural theology” of the Chinese as found in their ancient classics contained some Christian truth. In 1875 he was appointed a fellow at Corpus Christi College, Oxford, and from 1876 to 1897 he was the first professor of Chinese studies at Oxford University. He was “probably the most important sinologist of the nineteenth century” (A.F. Walls). In 1894 he became the first person, other than a member of the British royal family, to be depicted on a Hong Kong postage stamp—a testimony to his legacy.