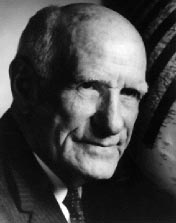 Born in Benton, Pennsylvania, Laubach graduated from Princeton University (1909), from Union Theological Seminary, New York (1913), and from Columbia University (Ph.D., 1915). He married Effa Emaline Seely, a nurse, in 1912, and in 1915 they sailed to the Philippines as missionaries of the American Board of Commissioners for Foreign Missions (ABCFM). When local hostilities frustrated his aim of working among the Muslims of southern Mindanao, he did evangelistic work among the Catholic population in northern Mindanao until he was appointed to the faculty of Union Theological Seminary in Manila in 1921. Combining teaching with administration and fund-raising, he also wrote two popular books on the Philippines and did evangelistic work in the city and among students. In 1929 he began work at Dansalan in Mindanao, a Muslim area. As he

struggled to reach the highly resistant Moros, he found that the system he had developed for learning Maranao could be adapted to teach people to read their own language. Enthusiastic reception of the program led to rapid expansion, and when American mission support for literacy teachers dried up with the onset of the Depression, a local chief ordered each learner to teach others. The “Each One Teach One” principle, together with graphic charts linking pictures with words and syllables and wide distribution of simple reading materials for new readers, constituted the Laubach method. It proved highly successful throughout the Philippines. In 1935 Laubach began to introduce his method in other countries, and in 1945 he was appointed “missionary at large” of the ABCFM to work with Lit-Lit (the Committee on Literacy and Christian Literature) of the National Council of Churches in the U.S.A., which he had helped establish. After he retired in 1945, Laubach formed Laubach Literacy Inc. to work worldwide, and in 1968 he launched Laubach Literacy Action to work in the United States. His work touched 103 countries, involved 313 languages, and taught 100 mission people to read. His fifty-six books promoted both literacy and the intense spirituality which marked his life. In 1984 a U.S. postage stamp in the Great Americans series was issued in his honor.

_____. Teaching the World to Read: A Handbook for Literacy Campaigns. New York: Pub. for the Committee on World Literacy and Christian Literature of the Foreign Missions Conference of North America by Friendship Press, 1947.

_____. How to Teach One and Win One for Christ; Christ’s Plan for Winning the World: Each One Teach and Win One. Grand Rapids, MI: Zondervan Publishing, 1964.

Inglis, Tom. “Frank Laubach: Unsung Hero of Literacy.” In Adults Learning 2 no. 3 (Nov 1990): 81-2. [Describes the achievements of Frank Laubach and compares his ideas with those of Paulo Freire.]