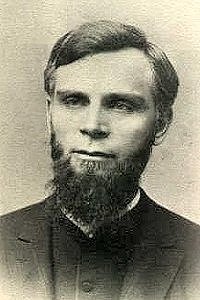 Born in Oregon, Illinois, to parents who were charter members of the Free Methodist Church, Dake attended Chili Seminary (present-day Roberts Wesleyan College) and the University of Rochester (New York), before returning to the Midwest. In 1882 at Mankato, Minnesota, Dake organized the first “Pentecostal Band” for short term evangelistic work. In 1885, while he served as a Free Methodist pastor in Michigan, the enterprise took permanent form. At a time when church-sponsored activities for young people were rare, the notion of groups of holiness youth traveling to evangelize and plant churches at home and abroad soon became popular, and Dake found himself at the head of a movement.

Although Pentecost Bands gained the blessing of B. T. Roberts, founder of the Free Methodist Church, the movement resisted denominational control. Dake traveled widely in the United States and overseas, promoting and encouraging the efforts of the various bands. At the time of his death in Sierra Leone, Pentecost Bands were active in Europe, Africa, India, and the United States. Afterward, the organization drew further away from the Free Methodist Church. In 1925, it changed its name to Missionary Bands of the World. Due to aging personnel and declining funds, it merged with the Wesleyan Methodist Church (the present-day Wesleyan Church) in 1958.

Nelson, Thomas Hiram. Life and Labors of Rev. Vivian A. Dake, Organizer and Leader of Pentecost Bands: Embracing an Account of His Travels in America, Europe and Africa, with Selections from His Sketches, Poems and Songs. Chicago: Thomas H. Nelson, 1894.

Parsons, Ida Dake. Kindling Watch-Fires, Being a Brief Sketch of the Life of Rev. Vivian A. Dake, Together with a Compilation of Selections from His Writings, Sermons, and Poems, to which is Appended a Few of His Best Songs with the Music. Chicago: Free Methodist Publishing House, 1915.

Dake, Vivian A. “Soliloquy of a Lost Soul.” Tract No. 4. N.p.: n.p., n.d. A tract that begins with a poem in which a damned sinner laments “the infinite years in torment must I spend.” The second page is a plea to the sinner to repent before finding himself in hell.