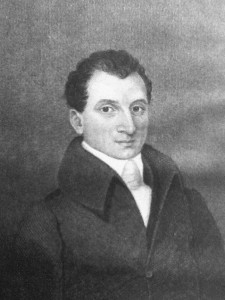 Born near Hollowell, Maine, Cox entered the New England Methodist Conference in 1822 as an itinerant preacher. After contracting tuberculosis in 1825, he was unable to preach and moved to Baltimore, where he worked in a bookstore and edited a weekly newspaper. He married Ellen Cromwell, but within two years both she and their young daughter died in a cholera epidemic. Resigning his final pastorate in 1831 in Raleigh, North Carolina, again because of his illness, he volunteered the next year as a missionary to South America. He was appointed instead to Liberia. Chided for even considering the assignment, he replied, “Let a thousand fall before Africa be given up.” Arriving in Liberia in March 1833, he quickly organized the first Methodist Episcopal church among the immigrants (freed slaves from the United States), some of whom were already Christians. He established a mission at Grand Bassa and another along the Niger with a school of agriculture and art and a vigorous Sunday school. A month later, ill with malaria, he refused to return to America. He was dead within 4 months of his arrival in Africa. When news of Cox’s death reached the United States, many others volunteered their services to carry on his brief but effective ministry.