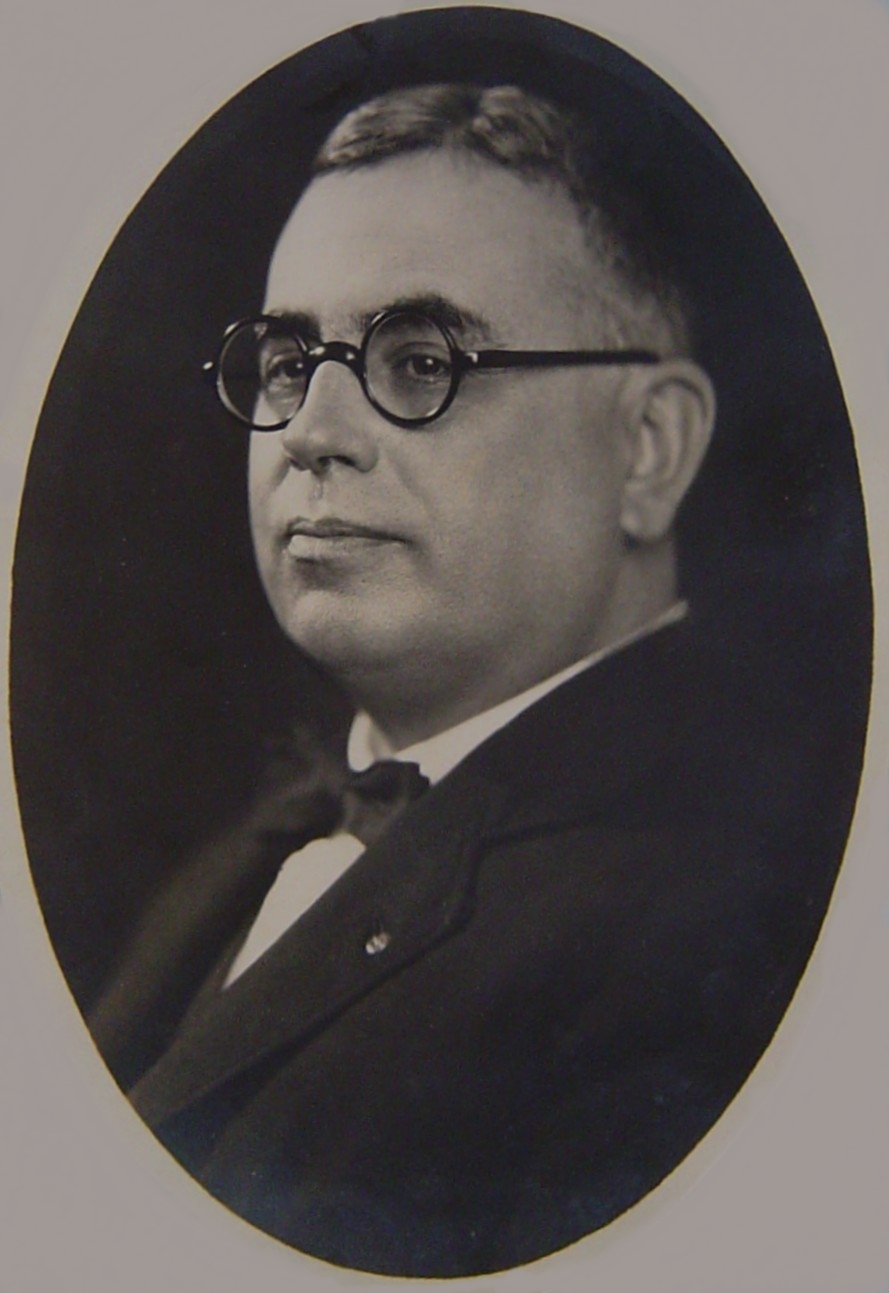 Brazil, one of the world’s largest and most populous countries, has been a mission field throughout its history. For three centuries it witnessed the work of Catholic missionaries. Then, starting in the middle of the 19th century, for over a century it was the stage for Protestant efforts. In recent decades, Brazilians themselves have been increasingly involved in mission work both in their nation and abroad. In the beginning of the 20th century, at the height of North-American and European Protestant missions in Latin America, a Brazilian minister became well-known for his work and ideas concerning the mission of the church.

Erasmo de Carvalho Braga belonged to a second generation of Brazilian Protestants. When he was born, Presbyterian missions had started in the country less than 20 years earlier. His father, a native of Portugal, was one of the first ministers of the Presbyterian Church of Brazil. From his childhood, Braga came under the influence of remarkable American missionaries, especially in the educational institutions he attended, one of them being Mackenzie College, in Sao Paulo, one of the largest missionary schools in Brazil. After graduating in the Presbyterian Seminary, he was ordained in 1898 and held his first pastorate near Rio de Janeiro. In 1901, being only 24 years-old, he moved back to Sao Paulo in order to teach both at Mackenzie College and the Presbyterian Seminary. His work in denominational theological education continued until 1920.

In 1916, Braga experienced a dramatic turning point in his career. It resulted from his participation in the Congress on Christian Work in Latin America, in Panama City, the first Protestant missionary conference to be held in that continent. The young minister embraced enthusiastically Panama’s agenda: evangelical cooperation, social involvement, Christian witness in society, high quality theological education, evangelization of the elites. From that time, he began to work beyond denominational lines and became involved with the evangelical forces as a whole. In 1920, he was made general secretary of the Brazilian Committee on Cooperation (BCC), a branch of the Committee on Cooperation in Latin America (CCLA), whose leaders were Robert E. Speer and Samuel G. Inman. The CCLA, a direct result of the Panama Congress, had the intent of promoting greater integration of mission structures and national churches in Latin America.

For over a decade, until his death in 1932, Braga became the best known leader in Brazilian Protestantism, both in his country and overseas. He gave the churches exceptional contributions in the areas of evangelism, Christian education, publications, and social work, starting the most successful effort of cooperation among Brazilian Protestants to this day. His office at downtown Rio de Janeiro became a meeting point for the evangelical leadership of Brazil. The BCC promoted outstanding fellowship and cooperation of the churches around a series of invaluable projects. It represented the Protestant community before the government and served as a link between the churches and the foreign missions working in the country.

Besides his many activities in Brazil, Braga attended numerous international conferences around the world. He felt that the Brazilian Evangelical churches were isolated and needed recognition by and involvement with worldwide Protestantism. He attended the 9th World’s Sunday School Convention (Glasgow 1924), the Congress on Christian Work in South America (Montevideo 1925), the 19th World Conference of YMCAs (Finland 1926), the World Conference for Christian University Students and Professors (Denmark 1926), the Conference on the Christian Mission in Africa (Belgium 1926), the 34th Annual Meeting of the Foreign Missions Conference of North America (Atlantic City 1927), and the 13th General Council of the World Alliance of Reformed Churches (Boston 1929). He also participated in three meetings of the International Missionary Council: Sweden (1926), Williamstown (1929), and especially the Jerusalem Meeting of 1928. In these meetings, he was a passionate and able sponsor of the interests of evangelical work in Latin America. His participation was enhanced by his fluency in English, French, and Spanish besides his native Portuguese.

Braga was known for his brilliant intelligence, privileged memory, and enormous productivity. He was also an avid reader, being described by his contemporaries as a “walking encyclopedia”. His traits of character and temperament, such as integrity, courtesy, selflessness, and generosity, promptly attracted the sympathy of those who came in touch with him. Besides being a devoted minister and able professor, he excelled in the area of journalism, having contributed to many religious and secular periodicals. Braga was among the founders of several literary, scientific, and service organizations. He wrote famous primers for the elementary schools that were used for several decades throughout Brazil.

In his missiological reflection, Braga analyzed carefully the history of the Latin American nations and concluded that they had received an inadequate formation in the religious, social, and cultural aspects. In turn, Protestant nations had inherited from the Reformation a dynamic Christianity, ethical values, democratic institutions, emphasis on education, social and economic progress. He concluded that only the message and the values transmitted by the evangelical churches could free the Latin-American peoples from the profound problems that afflicted them: underdevelopment, illiteracy, ignorance, superstition, skepticism. Reflecting a popular Social Gospel theme, he thought that the goal of the churches should be to preach and live the gospel with such intensity to the point of generating a deep transformation of society: the implantation of God’s kingdom on earth.

However, there were some prerequisites for the churches to fulfill this role. They should rid themselves of their inferiority complex and isolation, coming closer to each other and establishing ties with the older churches of the northern hemisphere. They also had to become strongly involved with their communities, update their methods, and speak a language people could identify with. For some years, Braga’s appeals received mixed responses from the historic denominations in Brazil – Presbyterians, Methodists, Congregationalists, Episcopalians. As time went on, the parochial mentality, doctrinal differences, fear of involvement in society, and other issues made evangelical cooperation increasingly difficult. Problems in the United States also had a negative impact: the economic crisis of 1929, the modernist-fundamentalist controversy, and new perceptions regarding the mission of the church.

Erasmo Braga lived only 55 years, his untimely death having resulted in part from the harsh conditions of his cooperative work. The motto of his life was Romans 14:7: “We do not live to ourselves, and we do not die to ourselves.” His noble and idealistic character, dedication to Christ, and conciliatory spirit qualified him to create a more fraternal and generous environment in Brazilian Protestantism. His intense desire that the gospel might redeem individuals and society motivated the churches to become involved with their country and people in a coherent, altruistic, and creative way. He may have been somewhat naïve in some of his expectations, excessively optimistic regarding some challenges, but nobody ever questioned his seriousness, sincerity, and dedication as he strived to achieve his objectives.

Besides his Christian witness among the various organizations in which he participated and his contributions as a Protestant educator, writer, and thinker, Braga was influential in the development of outstanding initiatives such as the Union Seminary (Rio de Janeiro), the Evangelical University Federation, and the Caiua Indian Mission. His work also resulted in the establishment of the Evangelical Confederation of Brazil, which for several decades preserved the ideal of cooperation among the churches. His books and other writings continue to be relevant, especially Pan-Americanism: The Religious Aspect (1916) and The Republic of Brazil: A Survey of the Religious Situation (1931).

Braga, Erasmo and Kenneth G. Grubb. The Republic of Brazil: A Survey of the Religious Situation. London: World Dominion Press, 1932.