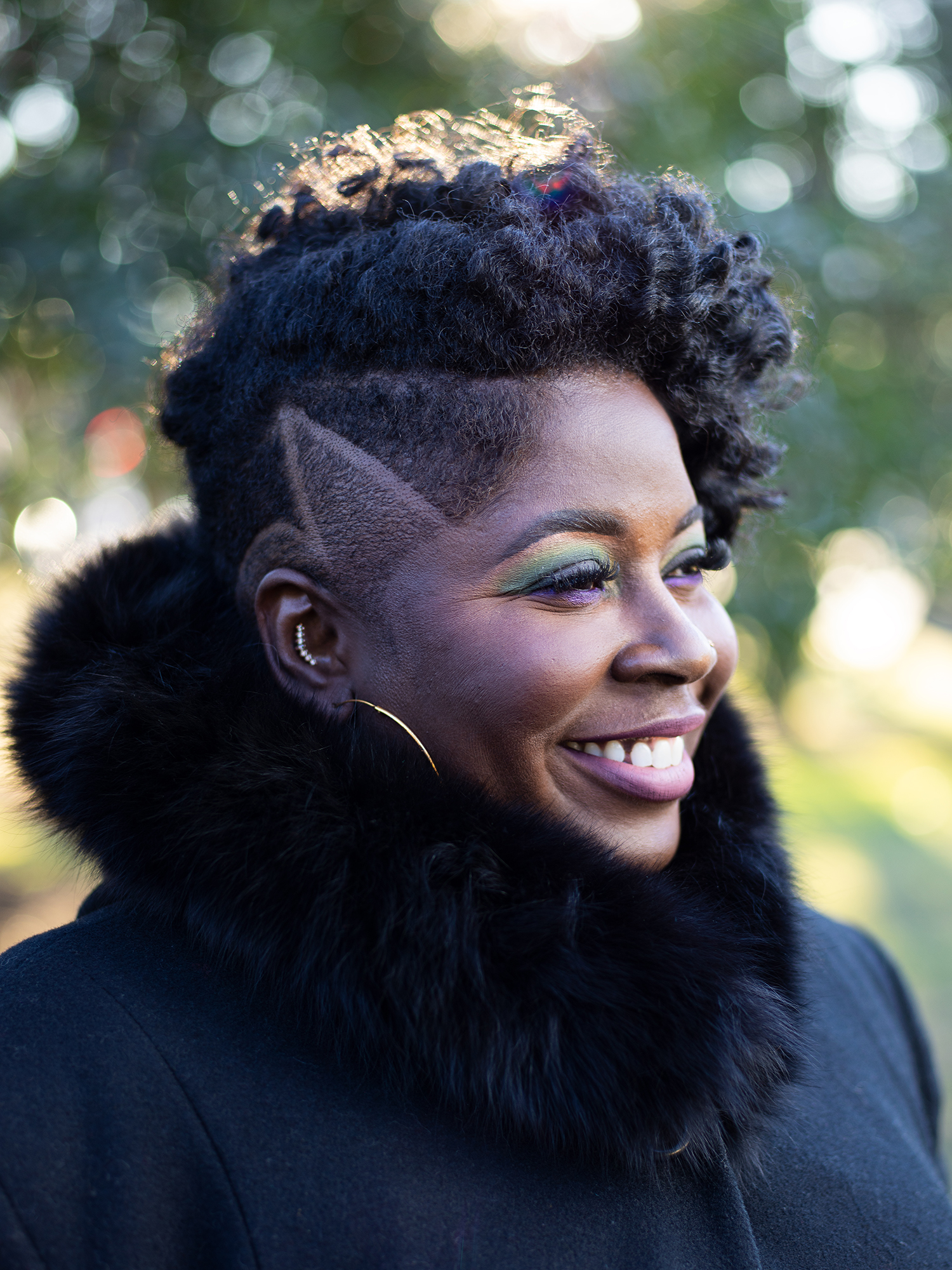 After beating extraordinary odds to become a lawyer, Corinne Kirkland-Mercedes finds her passion at TV One.

During law school at the University of Baltimore, Corinne Kirkland-Mercedes often felt out of place. Her classmates had parents who were lawyers and judges. Kirkland-Mercedes (LLM in Taxation’17) was raised by a single mom and had herself become a mother at 14. At 31, she had already gone through a traumatic marriage and divorce that nearly left her on the streets. Now remarried, she had four young children at home.

“I didn’t feel like I had the pedigree my classmates had,” she says. “Certain parts of me I hid. ‘Don’t ask me about me.’”

Then again, she was no stranger to carving out space for herself in unfamiliar territory. After college, Kirkland-Mercedes worked as a telephone operator at National Geographic to make ends meet. She had always wanted to study law, but with her family responsibilities, those dreams seemed out of reach. “I thought, well, if I can’t be an attorney, let me be a paralegal.” With a toddler and newborn at home, she took online courses for more than a year and earned a paralegal certificate from Kaplan University.

In 2003, Kirkland-Mercedes found a position as a bookkeeper and administrative assistant for a D.C. law firm—a move that rekindled her fire to practice law. After two years, the firm’s litigation department expanded, and she saw an opening. “I said, ‘Hey, is there anything I can help with?’ They started giving me little projects, and I did well.”

It was the start of a pattern that Kirkland-Mercedes would replicate throughout her professional life: Find ways to learn. Make yourself indispensable.

Sometimes, when people say no, you can’t accept it… You just have to take one day at a time and push.

After several months, the litigation team hired her as a paralegal assistant, and she began learning about false advertising, trademark issues, and trial preparation. In 2008, Kirkland-Mercedes moved back to National Geographic, this time as a paralegal for the company’s publishing arm.

But she was itching to do more. She decided to go to law school. Kirkland-Mercedes’ time in law school—one year at the University of the District of Columbia and the rest at the University of Baltimore—was nothing short of grueling. She worked full time as a paralegal during the day and went straight to class in the evenings, often not getting home until midnight. Her husband, David, worked as a receptionist for a newspaper, so her brother moved in to help with childcare.

“I’d drop the kids off at school in the morning and visit them during my lunch break just so they could see me,” she says. “I didn’t sleep more than three hours for years.”

Still, she received promotions at work and passed the bar exam on her first try. Kirkland-Mercedes earned her master’s in taxation online from BU Law in 2017. The flexibility of the online program “allowed me to work full time without having to spend my evenings and weekends away from my family,” she says. The degree introduced her to a new area of interest: mergers and acquisitions.

In 2016, while attending BU Law, she was tapped to become associate director of business and legal affairs for National Geographic Partners. Within two years, she was promoted to director. It was the kind of validation and prestige Kirkland-Mercedes had long sought. But like many people, during the pandemic, she reconsidered her priorities.

“For years, success was climbing and making sure I had money to take care of my kids,” she says. “This year, I put the brakes on and realized that success is about building great relationships and finding fulfillment and purpose.”

This year, I put the brakes on and realized that success is about building great relationships and finding fulfillment and purpose.

This past September, Kirkland-Mercedes left National Geographic to become director of business and legal affairs for TV One, a growing cable network serving 59 million households that offers entertainment and news programming for Black audiences. “You can work and grind, but it doesn’t necessarily feed who you are,” she says.  “I wanted to be at a network that told my story and serviced the Black community. It feels like I’m home.”

Kirkland-Mercedes is an avid consumer of the network’s shows on cooking, style, and mental wellness. “There are so many things I look at and think, ‘Yeah, that’s me. I gotta get a therapist!’” she says, laughing. “It’s like, let me watch this one time for personal growth and a second time for legal review!”

As she reflects on the struggles that brought her here, Kirkland-Mercedes credits her faith and mentors who encouraged her at critical moments. “My whole life, I have been trying not to be a statistic,” she says. “I refuse to allow people to dictate where I can go, who I can be, what I can learn. Sometimes, when people say no, you can’t accept it. There’s purpose and greatness in you, but you have to want it. You just have to take one day at a time and push.”