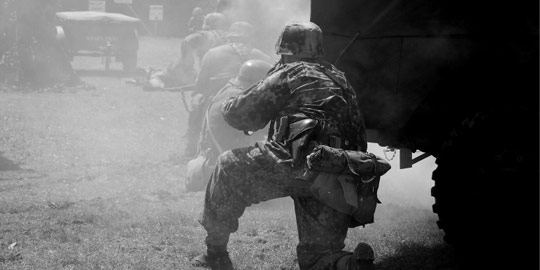 The institute’s main annual lecture and conference series for 2008–09 will focus on the topic of “Justice in Conflict—Justice in Peace.” This series will gather a diverse group of scholars and leaders to focus on the question of how reconciliation emerges from conflict, to analyze the moral and political obligations following a conflict, and to suggest ways in which philosophical and religious thought may help guide decision-making.

The nature of social, ethical and religious reconciliation will be explored in this series from a number of important perspectives. Some of our speakers have been concerned with the philosophical analysis of concepts like forgiveness and atonement; others have pursued research more directly on the religious conceptions of peace and toleration. Particular points of focus will include the notions of moral reconstruction following conflict, the institutional structure of efforts at “truth and reconciliation,” as well as the ongoing development of “just war” theory to incorporate not only its traditional concerns with the justice of the cause of war (jus ad bellum) and how it is justly conducted (jus in bello) but also with the moral obligations concerned with the period following a conflict (jus post bellum).

A hallmark of this year’s series will be a focal conference on reconciliation, moral obligation and moral reconstruction in the wake of conflict (March 20–21, 2009). This conference will offer the opportunity for the interconnection of theoretical perspectives with the policy experience of those who have had direct involvement with important post-conflictual situations (Bosnia, South Africa, Israel/Palestine).

In addition to its series on “Justice in Conflict—Justice in Peace,” the institute will also play host to the second annual Boston Area Symposium on the Philosophy of Religion.

“Justice After War: Who Believes What? and Why?”

“The Iraq War: ‘Fishing with a Golden Net’?”

“The Status and Standing of Just War Theory”

“War and Poetry”: An Evening of Readings, Analysis, and Discussion

“A World Government: Is It Possible? Is It Needed?”