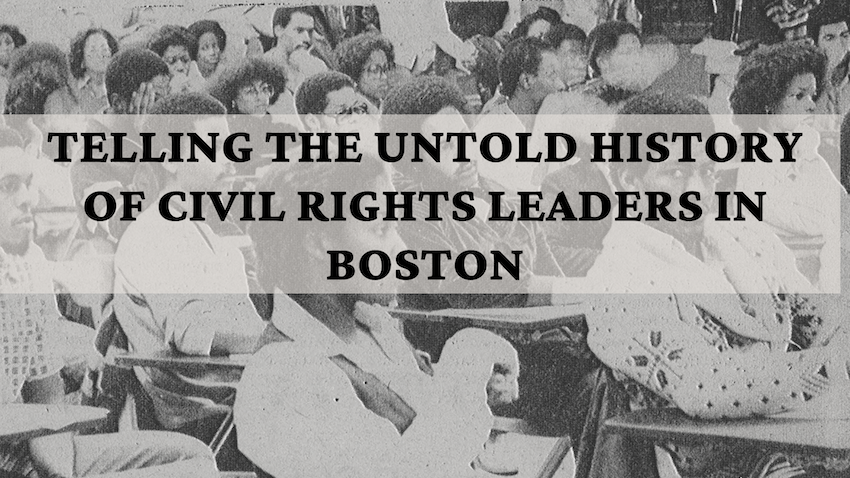 Telling the Untold History of Civil Rights Leaders in Boston

Boston has played an important role in the Black freedom struggle, with leaders and everyday activists calling the city home during important periods of their lives. Yet, there are often overlooked stories of icons, particularly women leaders who were essential to the movement. Join us as we explore untold Boston histories of Coretta Scott King, Martin Luther King Jr., Sue Bailey Thurman, and other local activists—and the work being done to further tell their stories. Learn about the formative partnership of Coretta Scott and Martin Luther King Jr, gain insight into the creation of digital exhibits inspired by the life and love of Sue Bailey Thurman and Howard Thurman, and hear about the fight for Black Studies on Boston University’s campus.

Join the Boston University Initiative on Cities, the BU Arts Initiative, and BU Diversity & Inclusion for a discussion featuring:

Paula Austin, Assistant Professor of History & African American Studies at Boston University, who is leading a student examination into the King Archives

Roberto Mighty, a multimedia artist, filmmaker, photographer, sound designer, and musician. He is the writer, producer, and director of the film Legacy of Love, an exploration into the relationship between Dr. King and Coretta Scott

Jessie Rubenstein, an exhibition designer and Lecturer in Art & Graphic Design at BU, whose students are creating a visual exhibit about the life of Sue Bailey Thurman Thurman and the Thurman love ethic.

This event is part of a series on Race, Place, and Space, co-hosted by the Initiative on Cities, BU Arts Initiative, and BU Diversity & Inclusion. The series focuses on the ways in which racial and ethnic groups access, inhabit, occupy, shape, and are memorialized in urban contexts—as well as the ways their contemporary and historical contributions have been made invisible, disregarded, or denigrated. Learn more at bu.edu/ioc/rps