Join the Initiative on Cities as we host Timothy Weaver to discuss his forthcoming book, “Crime, Inequality, and Resistance in New York City: A Multiple Political Orders Perspective.”

At first glance, New York City stands as a bastion of American liberalism. Greenwich Village has played host to all manner of egalitarian social movements and transformational cultural forces. Its public institutions at key points in the city’s history have provided a range of services more common to Western Europe than the United States with its patchwork welfare state and scant social provision. New York City’s apparent commitment to liberalism is evident not only in its political culture and social institutions but also in its electoral choices. After all, Democratic candidates have won by landslides in every Presidential election since 1972. Moreover, the city’s Congressional delegation overwhelmingly consists of liberal Democrats, and even socialists. But while pundits and scholars alike insist on the existence of an urban-rural divide, with cities such as New York depicted as the embodiment of urban liberalism, a focus on New York City’s political development since the 1970s reveals the existence of myriad forces that reflect a range of contradictory tendencies, identifiable as three distinct “political orders”: the conservative, neoliberal, and egalitarian. These political orders are comprised of political ideas, political coalitions, and institutional innovations. Weaver’s book will argue that the urban politics of New York City reflects the intercurrent impact of these orders, which belie glib assumptions as to the city’s liberal character. His book brings these clashes to the fore by showing how the multiple political orders at work in the city have shaped New York politics over the past four decades.

Following Professor Weaver’s presentation, we’ll be joined (remotely) by two discussants: Professor Graham Wilson and Dr. Alessandro Busa. Professor Wilson is the co-founder and former director of the Initiative on Cities, and a political scientist with expertise in American politics, cities, and the relationship between government and policymaking. Dr. Busa is a post-doctoral research fellow working with IOC Director Loretta Lees on an EU funded project – SUSTEUS: Assessing the Social Impacts of Sustainability Plans in Low-Income Neighborhoods of Major EU and US cities. His PhD was on New York City and has been published as The Creative Destruction of New York City: Engineering the City for the Elite (Oxford University Press, 2017).

Lunch will be provided. 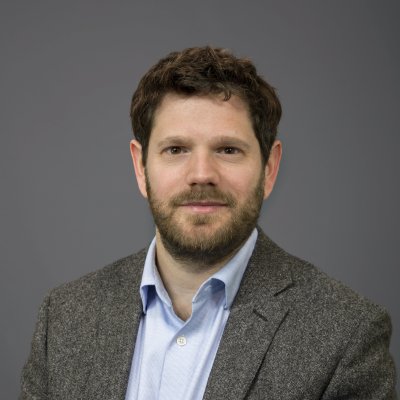 The Boston University Initiative on Cities strives to be accessible, inclusive, and diverse in our programming. Your experience in this event is important to us. If you have a disability, require communication access services for Deaf or hard of hearing persons, or believe that you require a reasonable accommodation for another reason please contact Stacy Fox at sfox@bu.edu to discuss your needs.

Introducing our 2023 External Advisory Board!

Policy Brief: Cities, Zoning, and the Fragmented Response to Homelessness