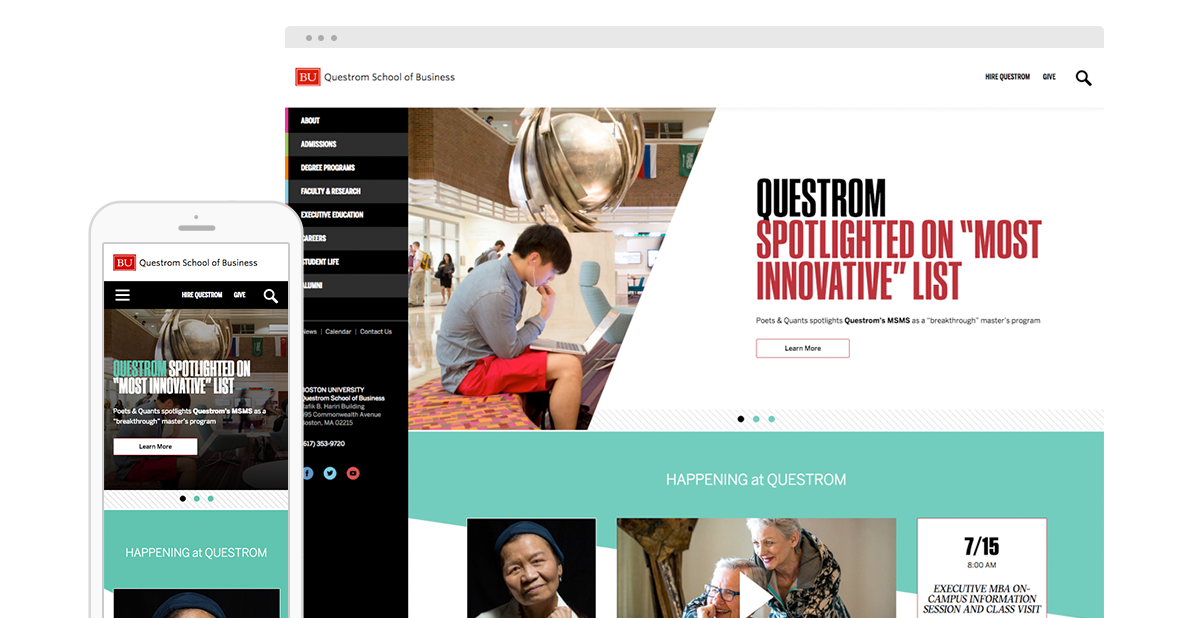 When work on this massive site began in 2014, the Questrom School of Business was called the School of Management. In March, 2015, the school was the recipient of the University’s largest gift, from retail industry icon Allen Questrom and his wife Kelli, which expanded the school’s size and enhanced its mission. Revised feedback on the information architecture required a significant restructuring of the site, which meant changes to wire frames and design. In all, we’re talking about hundreds of pages that needed attention from Interactive Design and included new challenges when it came to several areas of functionality. The first involved staff and faculty profiles hosted in a proprietary, client-developed system; and the second, the integration of forms with third-party CRM software.

All of this required not only the input and approval of multiple stakeholder groups, but the close involvement and coordination of two IT departments with the designers and developers at Interactive Design. Through intensive, collaborative meetings with clients (often weekly) and frequent presentations to stakeholders, we were able to work together to complete the project on time.

The site launched in the summer of 2016 and features an elegant, contemporary feel and appropriately positions the school among the country’s very best. The client can easily maintain and update the content as needed and the site is responsive on all devices.

Take me back to
Marketing & Communications