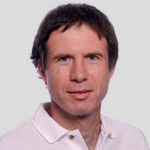 Peter Desnoyers is an assistant professor in the College of Computer and Information Science at Northeastern University. He is an expert in the behavior of flash memory and in algorithms for its use, and is interested in the potential for flash and other new storage technologies to transform computing. His broader interests include operating systems and computer systems education.  Peter received a PhD from the University of Massachusetts at Amherst in 2008, and BS and MS degrees from MIT in 1988. In his 16 years outside of academia, he worked at companies ranging from Apple to VMware, including several successful start-ups. His students at Northeastern have gone on to careers at companies including Google, VMware, and EMC; he holds two patents and has published numerous peer-reviewed articles, and was awarded a 2012 National Science Foundation (NSF) Faculty Early Career Development (CAREER) award in recognition of his work.