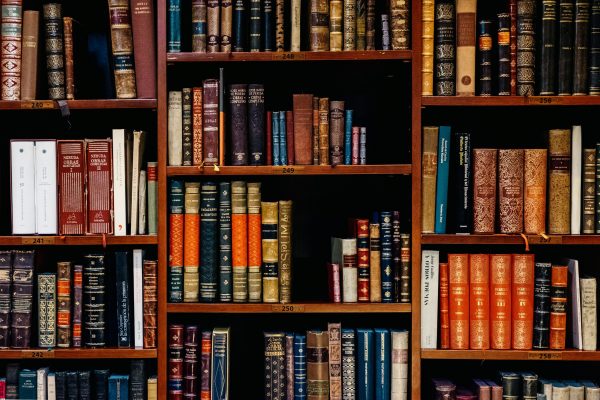 Not only do authors contribute their art to society, but many writers also influence public policy through their works.  Authors talk about poverty in novels, poems and plays and these narratives gives us glimpses about how culture matters to solutions to social problems. But reading through hundreds of books from multiple countries to look at how different cultures view poverty is not a task that any research team can tackle on their own. Computational linguistics can connect researchers’ theories about the cultural underpinnings of modern-day poverty with historical evidence using machine learning.

Engineers in the Hariri Institute’s Software & Application Innovation Lab (SAIL) worked with Cathie Jo Martin, a Steering Committee Member and Professor in Political Science at Boston University, to develop a machine learning algorithm that examines the cultural development of welfare states. Their research was recently published in the British Journal of Political Science, which Martin co-authored with Tom Chevalier, a research at the French National Centre for Scientific Research.

A few European countries, like Denmark, address poverty through programs that apply to everyone. These programs benefit the poor more than the rich, but because they offer something to everyone, they are widely supported across the populace. These programs are quite expensive and include universal healthcare, subsidized child care, and child care allowances. These universal policies are an investment in the poor, supporting individuals’ professional and personal growth so that they can then give back to society.

Other countries, like France, Great Britain, and the United States, have cheaper programs that specifically target the poor with housing subsidies, food assistance, or cash assistance. These targeted initiatives are more like charitable contributions than a true investment in the poor, lacking any sort of skill development opportunities. Also, these programs are often met with opposition in the policy sphere.

Martin and colleagues decided to analyze literature in order to understand cross-cultural differences in how people thought about poverty. They predicted that authors in 18th and 19th century Europe would write about poverty in a historically similar context to how politicians think about and address poverty today. “I thought it would be interesting to see whether differences in the historical depictions of poverty in literature anticipates how countries handle poverty today,” said Martin. The team predicted that Danish literature would contain words about society, skills, and government, because Denmark developed social programs so that all citizens – rich and poor – could make a contribution to economy and society. In contrast, the researchers predicted that British literature would have more words about individuals and charity; in this case, authors historically viewed the lower class as requiring charity but not as particularly important to economic growth. Finally, the team predicted that French literature would have a lot of words about religion and charity and very few words about skills, reflecting France’s historical view of the poor as an opportunity for Christian charity.

Martin generated lists of relevant words initially by analyzing word clouds of major novels. She then consulted online dictionaries to expand her lists of words. SAIL engineers developed a supervised machine learning algorithm that allowed Martin to scour the 562 British, 521 Danish, and 498 French fictional works for words in the various categories and to summarize how often these words appeared on average in texts.

Nearly all the team’s results aligned with their predictions, suggesting that writers in 18th and 19th century Denmark, Great Britain, and France helped to put welfare on their countries’ social agendas and influenced future public policies. Danish authors discussed poverty with references to skills and society, British writers referenced charitable interventions for women and children, and French novelists mentioned individualism, religion, and charity often. One unexpected result was that Danish literature had the most religious references. “When I look back, the Danish finding is not that surprising to me because the Lutheran church was a stand in for the local government in the mid-nineteenth century,” said Martin.

Martin hopes that understanding how people in different countries thought about poverty historically could help researchers determine why people of different cultural backgrounds approach poverty differently today. “Historical constructions of poverty and the way we think about the poor matters to how societies continue to think about the poor, and have ramifications for the ways that we treat vulnerable groups,” said Martin.