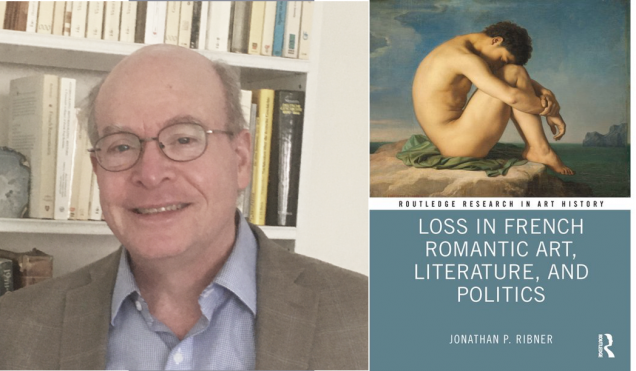 Professor Jonathan Ribner’s new book, Loss in French Romantic Art, Literature, and Politics has just been published by Routledge.
An interdisciplinary examination of nineteenth-century French art pertaining to religion, exile, and the nation’s demise as a world power, this study concerns the consequences for visual culture of a series of national crises—from the assault on Catholicism and the flight of émigrés during the Revolution of 1789, to the collapse of the Empire and the dashing of hope raised by the Revolution of 1830. The central claim is that imaginative response to these politically charged experiences of loss constitutes a major shaping force in French Romantic art, and that pursuit of this theme in light of parallel developments in literature and political debate reveals a pattern of disenchantment transmuted into cultural capital. A study in national bereavement—an urgent theme in the present moment—the book provides a new lens through which to view the coincidence of imagination and strife at the heart of French Romanticism.
Read more about his book on the publisher’s website.