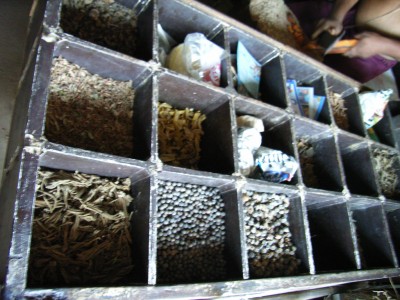 Location: US, Canada, and India

Overview: Traditional Indian Systems of Medicine (TISM) such as Ayurveda and Siddha originated in South Asia over 2000 years ago and are practiced by an estimated 80% of India’s 1.1 billion population.  TISM are widely believed in India to be safe and effective.  However, BUGHC faculty reported in the Journal of American Medical Association in 2004 that 20% of imported South Asian herbal remedies sold in Boston ethnic markets contained potentially harmful levels of lead, mercury, and/or arsenic. A follow-up study published in 2008 also in the Journal of American Medical Association found 21% of TISM medicines sold on the Internet contained detectable levels of these metals.  These products were manufactured in both India and the U.S. with similar percentages containing metals.

The CDC reported 12 cases of lead poisoning associated with TISM medicines in five U.S. states between 2000-2003.  Contamination from the environment and manufacturing processes are likely partly responsible for the problem.  However, TISM experts also describe intentionally adding to herbal formulations bhasmas, which are compounds made with mercury, lead, arsenic, iron, zinc, and other metals.  Bhasmas are prepared through an elaborate process that is claimed to change the form of the metal rendering it nontoxic and therapeutic.  Recent press resulting from our publications and others have raised global safety concerns and prompted import bans by Canada, USA, Australia, and others.  This has generated debate and controversy among key stakeholders within India including TISM practitioners, allopathic physicians, public health professionals, TISM industry, and government.

Accomplishments: BUGHC findings were a major impetus causing the Government of India to establish new standards for toxic contaminants in exported Ayurvedic medicines.  We have subsequently developed numerous collaborations with traditional practitioners and scientists in the U.S., Canada, and India.  We are committed to safe and effective traditional medicine use throughout the world. However, modern scientific methods need to be applied to determine which parts of these traditions are safe, effective, and therefore should be disseminated and promoted; and conversely which aspects are unsafe or ineffective and should therefore be stopped.

GHC’s regional network proposal for PHC was selected as one of the MacArthur Foundation’s Top 100 in their 100& Change Competition and is now part of the Bold Solutions Network. Learn more about joining this effort here.